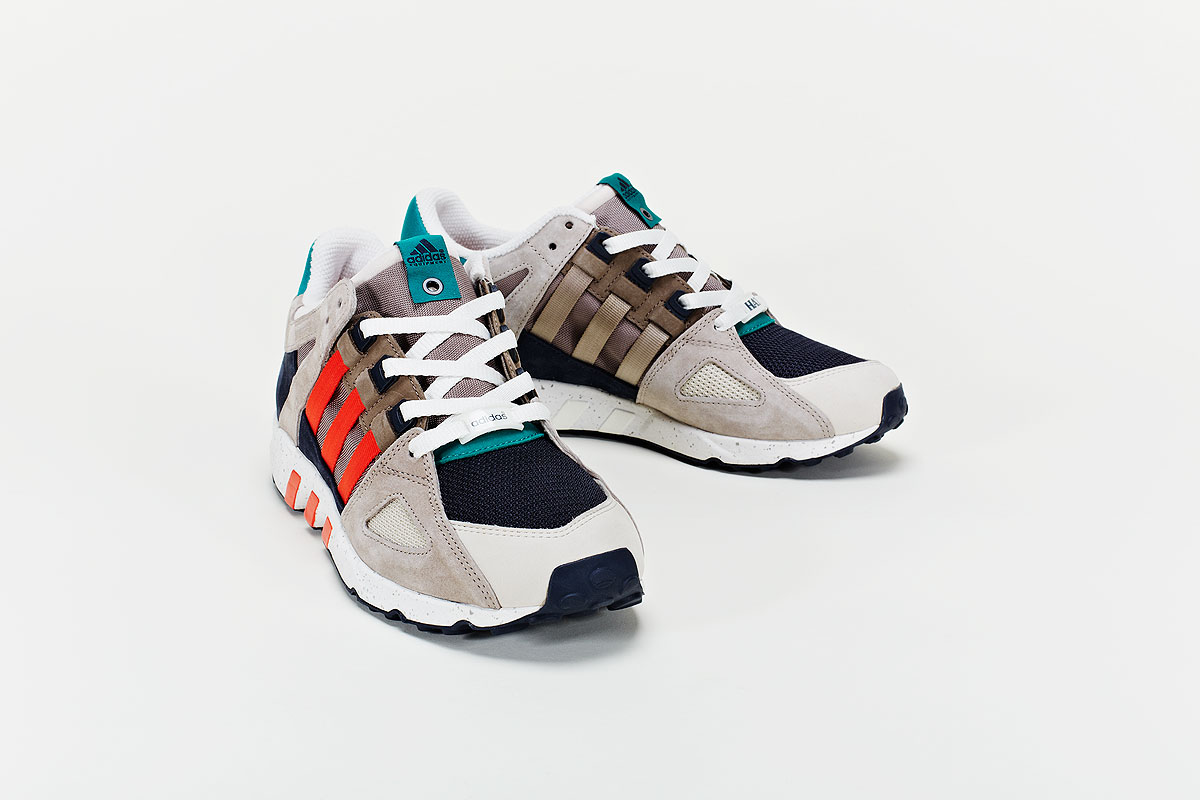 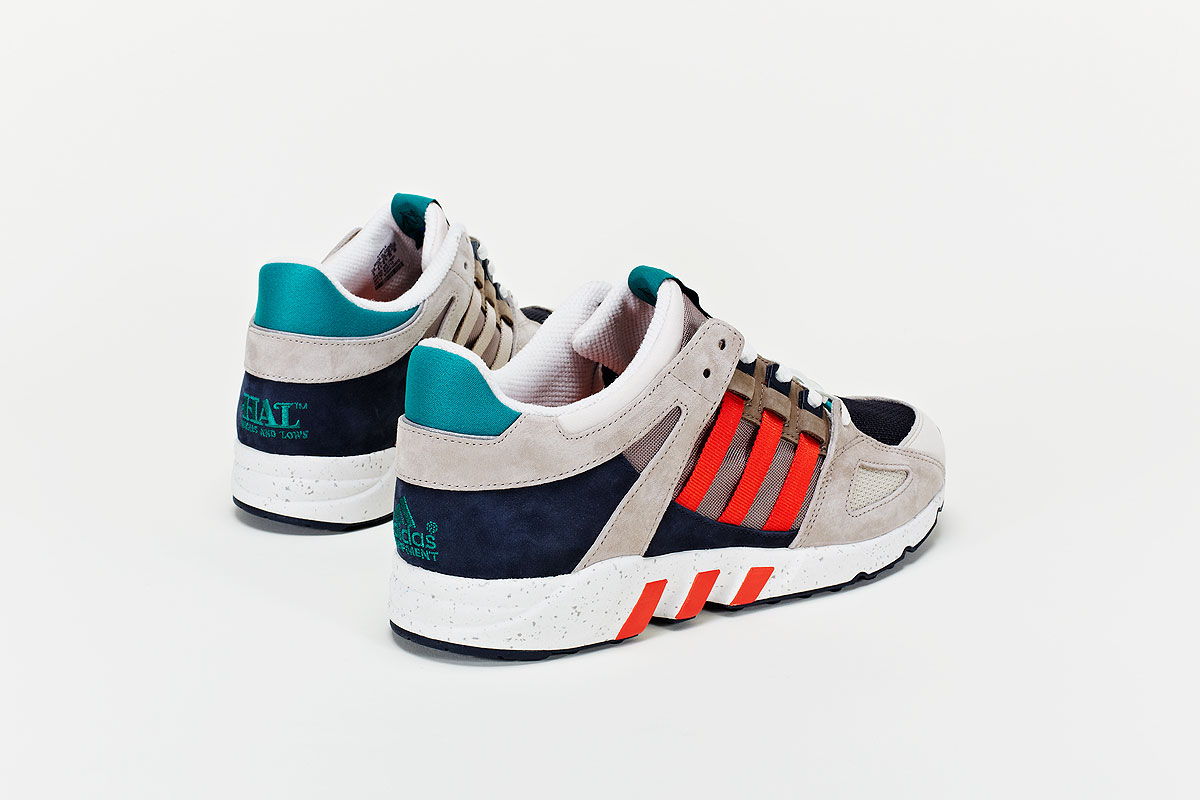 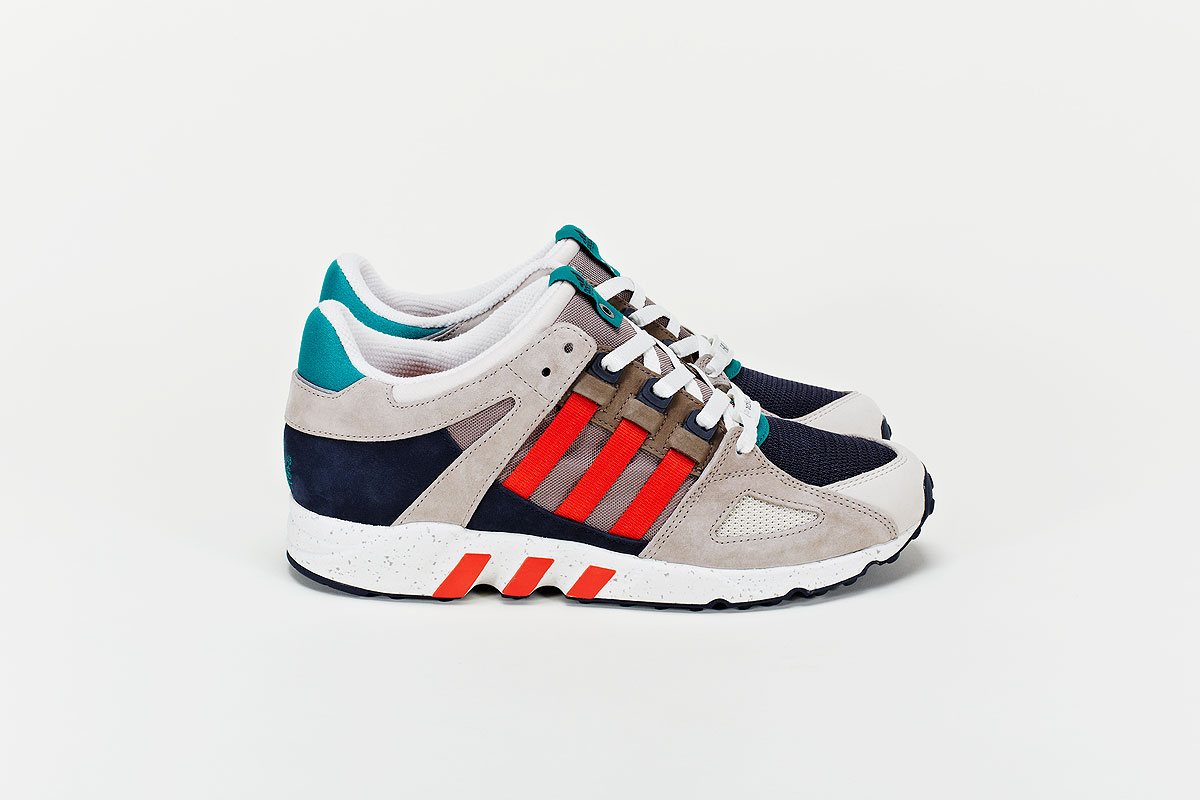 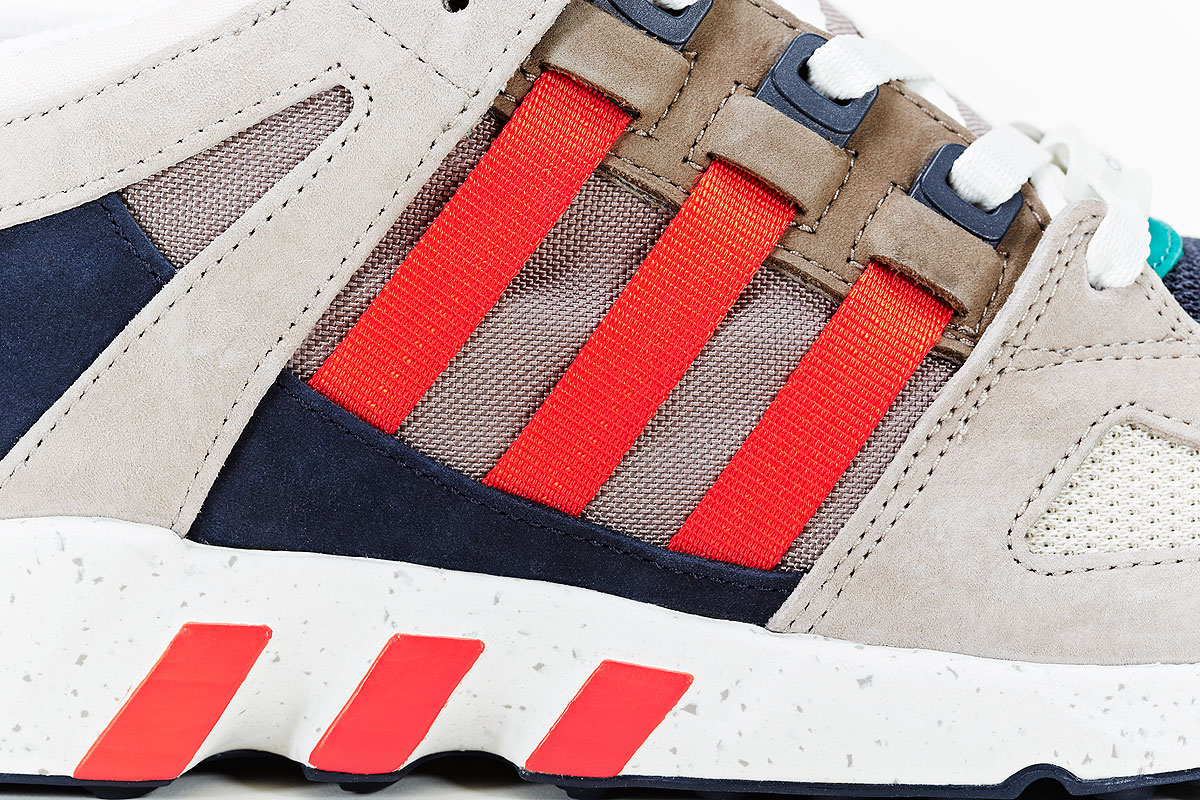 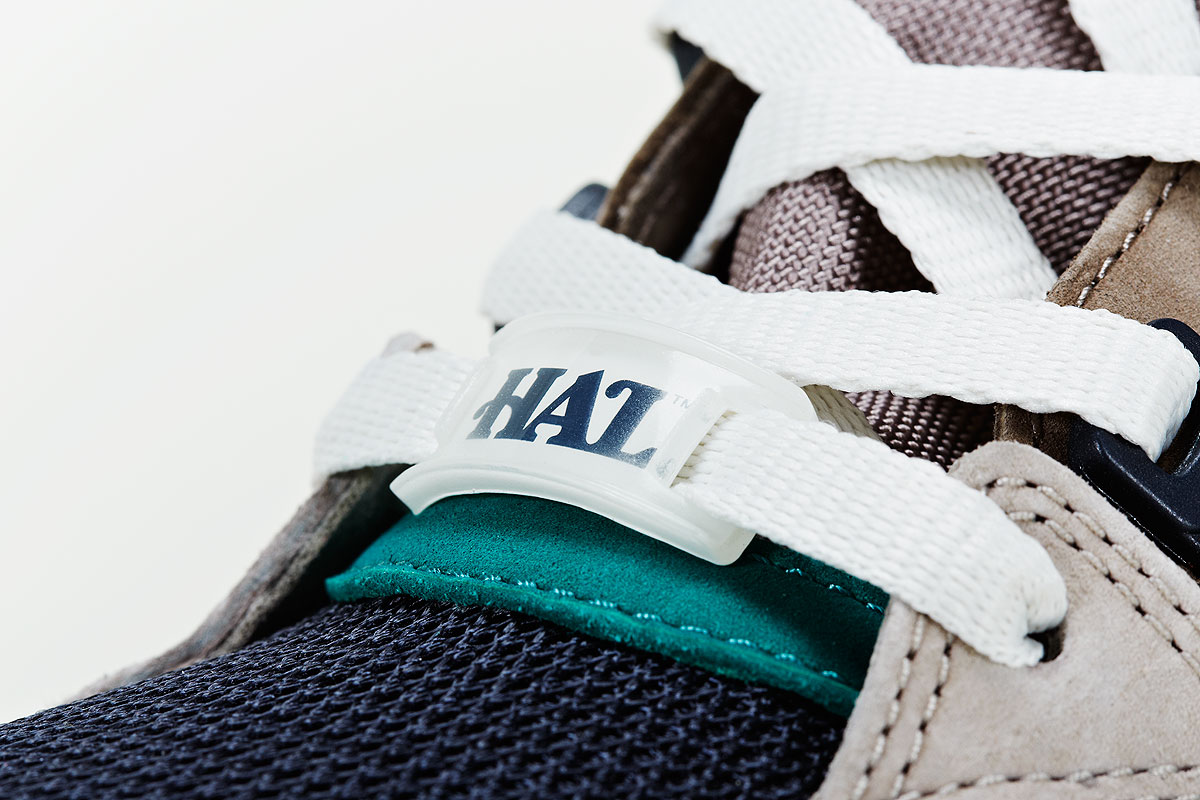 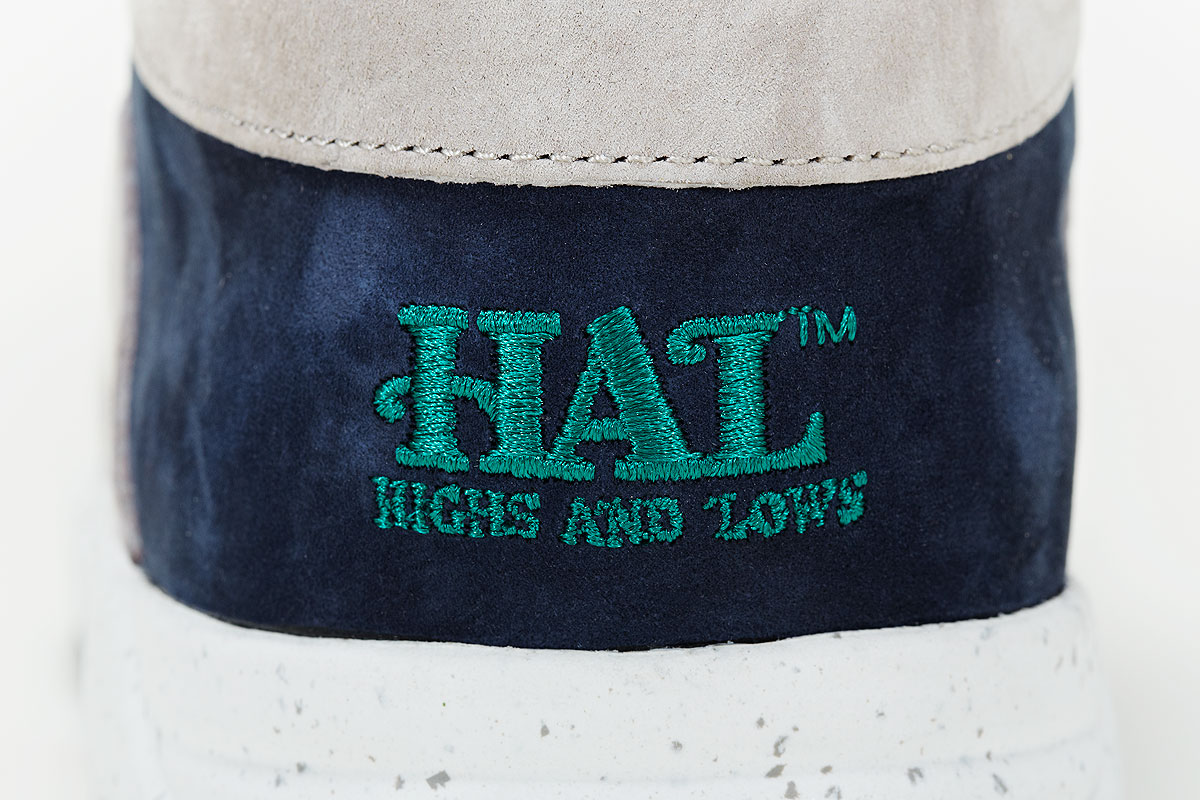 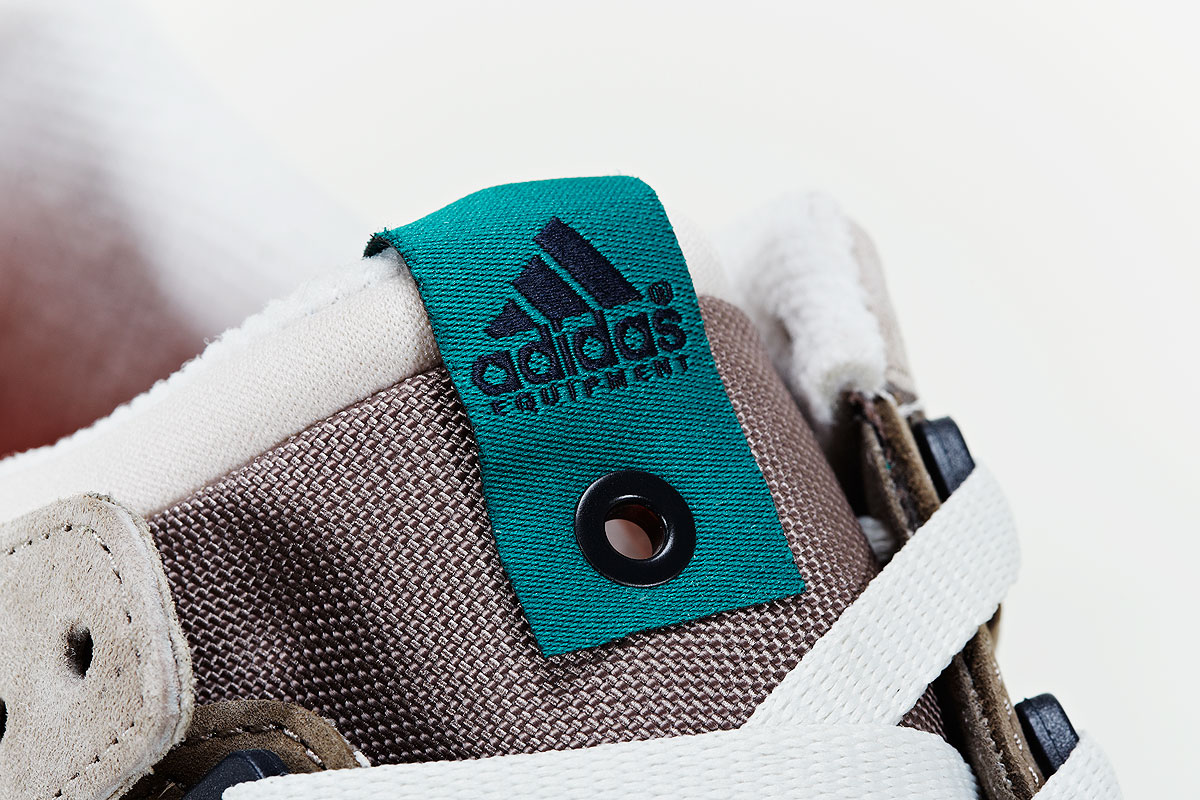 With the return of the Equipment Series to the adidas roster, the brand with the 3-Stripes is releasing a number of exclusive partner collaborations from places far and wide. Hailing from the world’s most isolated city, Perth, Western Australia, premium apparel and sneaker boutique Highs and Lows takes on the EQT Running Guidance 93 for Consortium in a meticulously curated interpretation of the shoe.
Beginning with the concept of endurance, HAL selected fabric with longevity that kept the shoe light and flexible; nubuck and smooth suede overlays reveal athletic mesh and ballistic woven nylon underneath. The sneaker boutique also found inspiration in the name ‘Guidance’, and as such, chose colours found in early 90s trail and orienteering maps, whilst also subtly nodding to adidas’ rich EQT history using hints of sub green detailing. Dual branding is featured throughout; on the lace jewel, heel patch, loop tag and lace aglets.
The Guidance’s distinctive 3-Stripes is represented in an intense Orange emphasized by a tonal medial side. It interacts with and sits on an off-white, speckled midsole making it a visually striking shoe that feels both classic and contemporary at once. 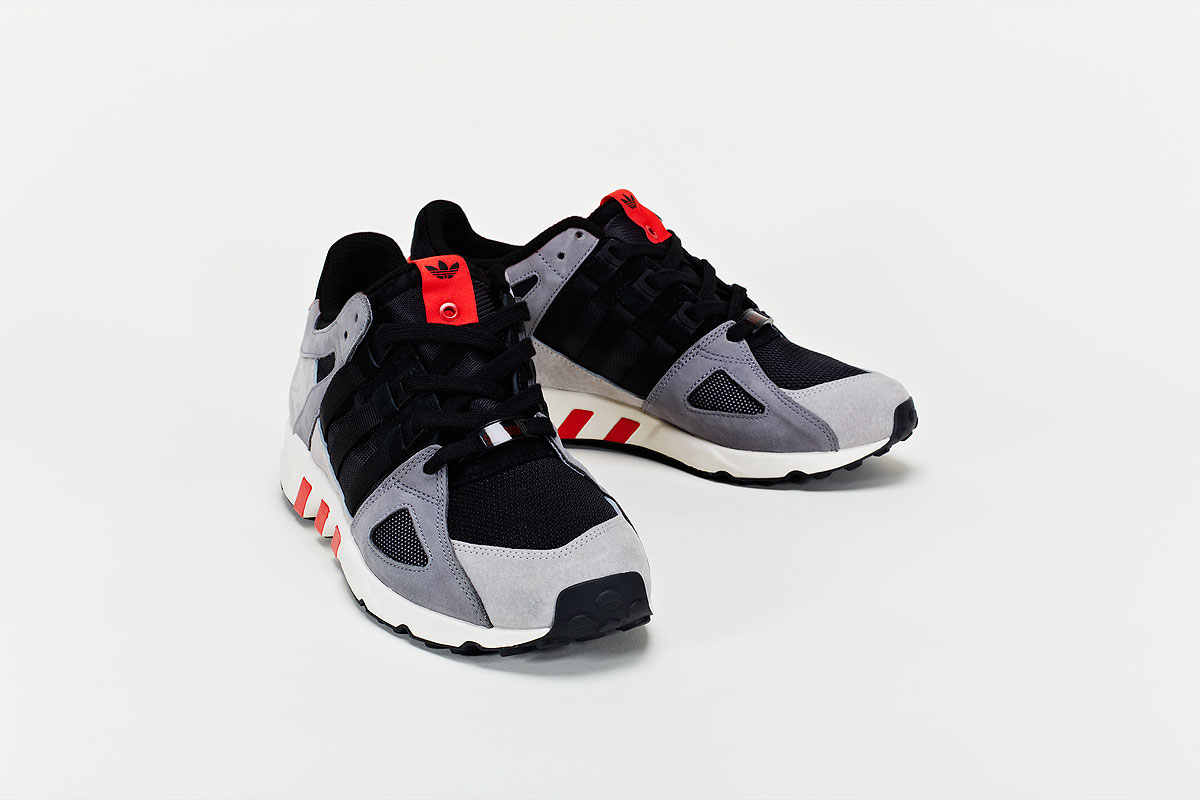 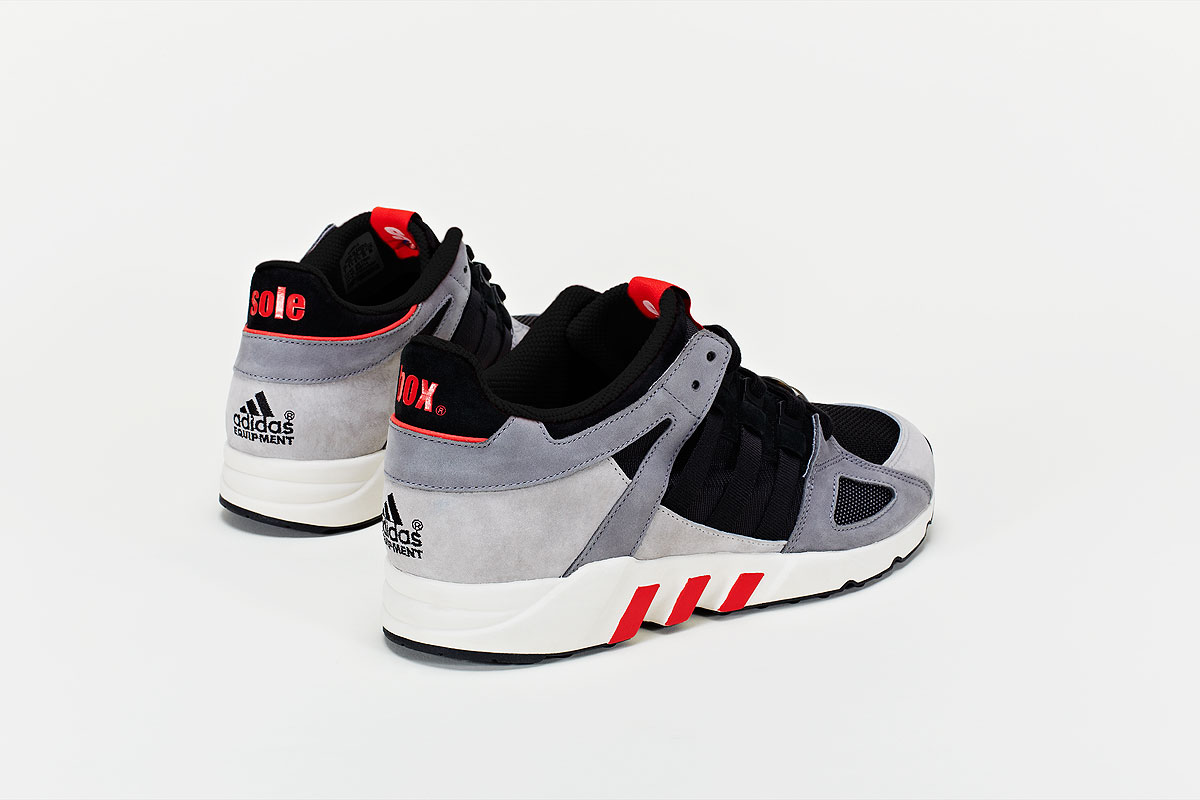 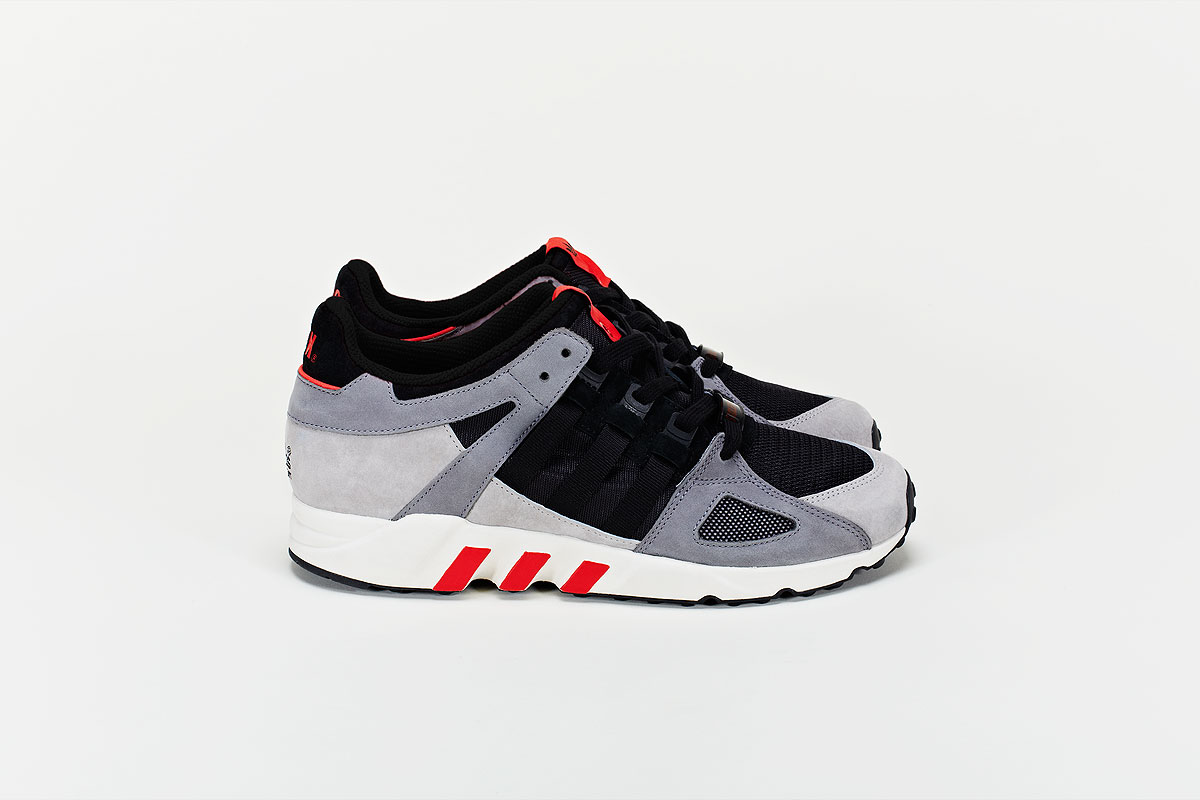 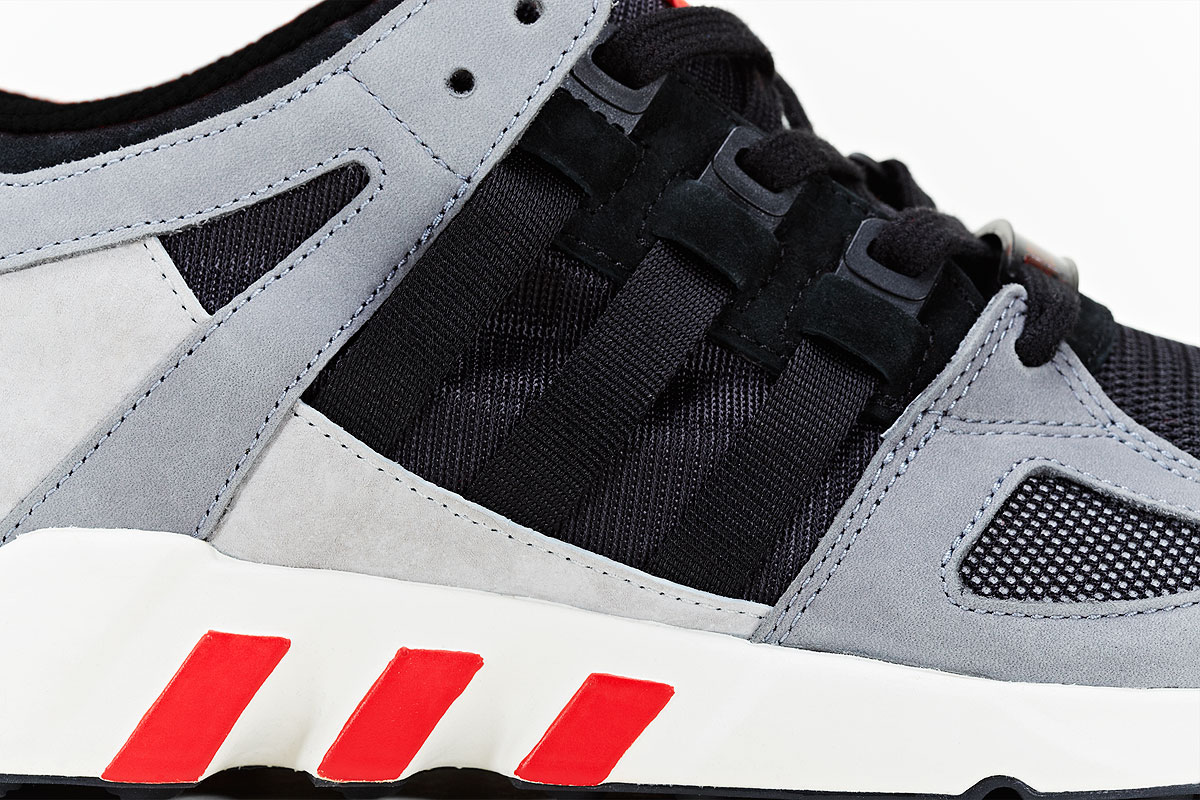 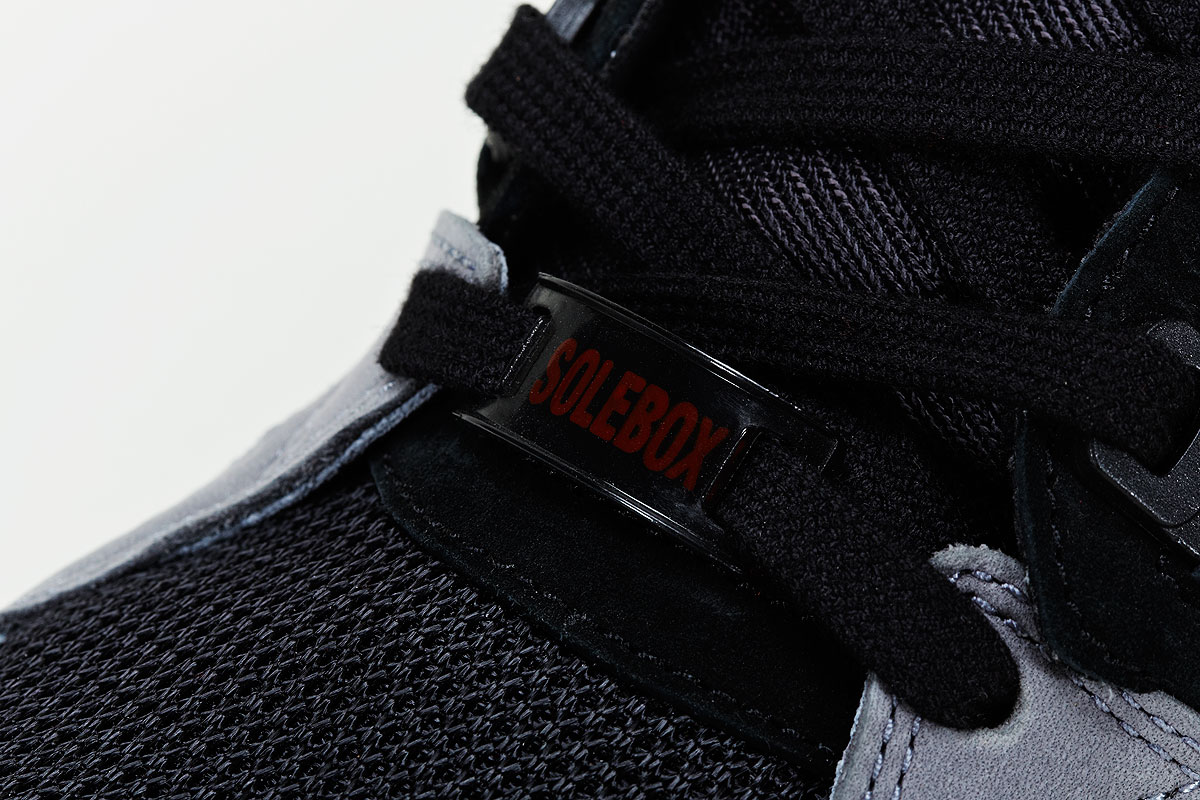 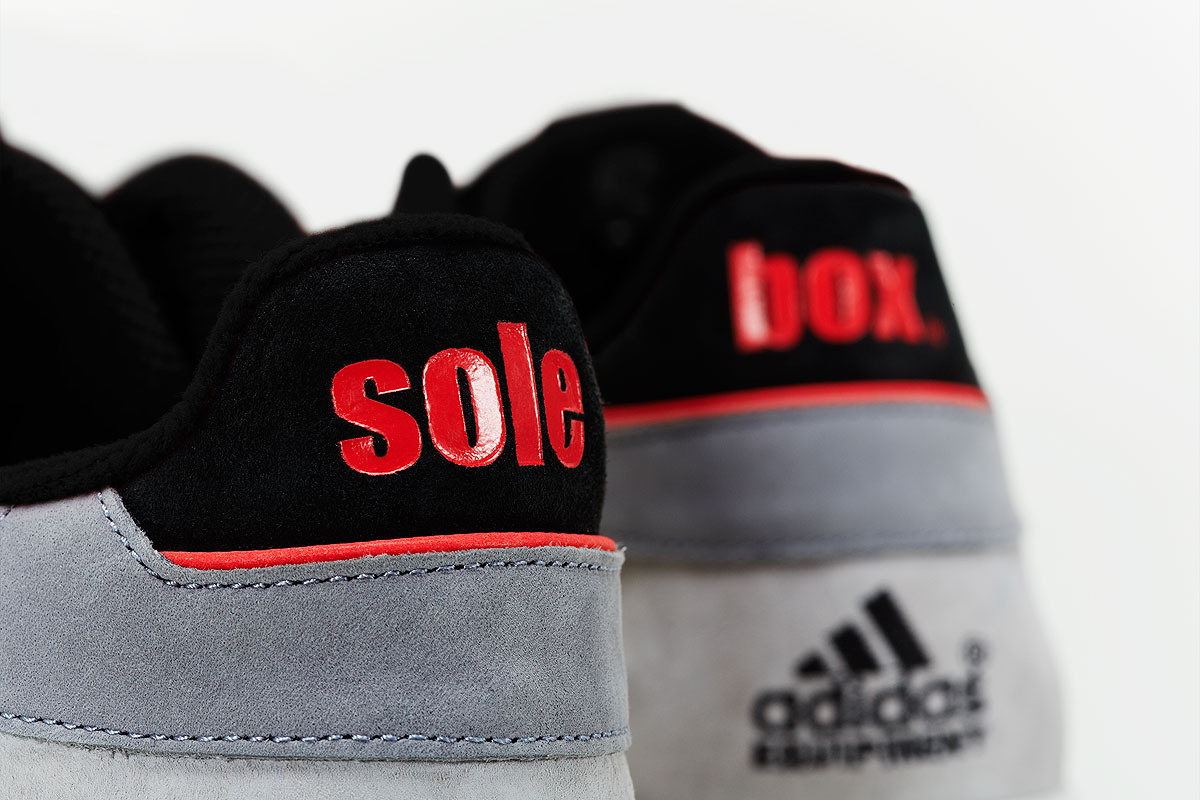 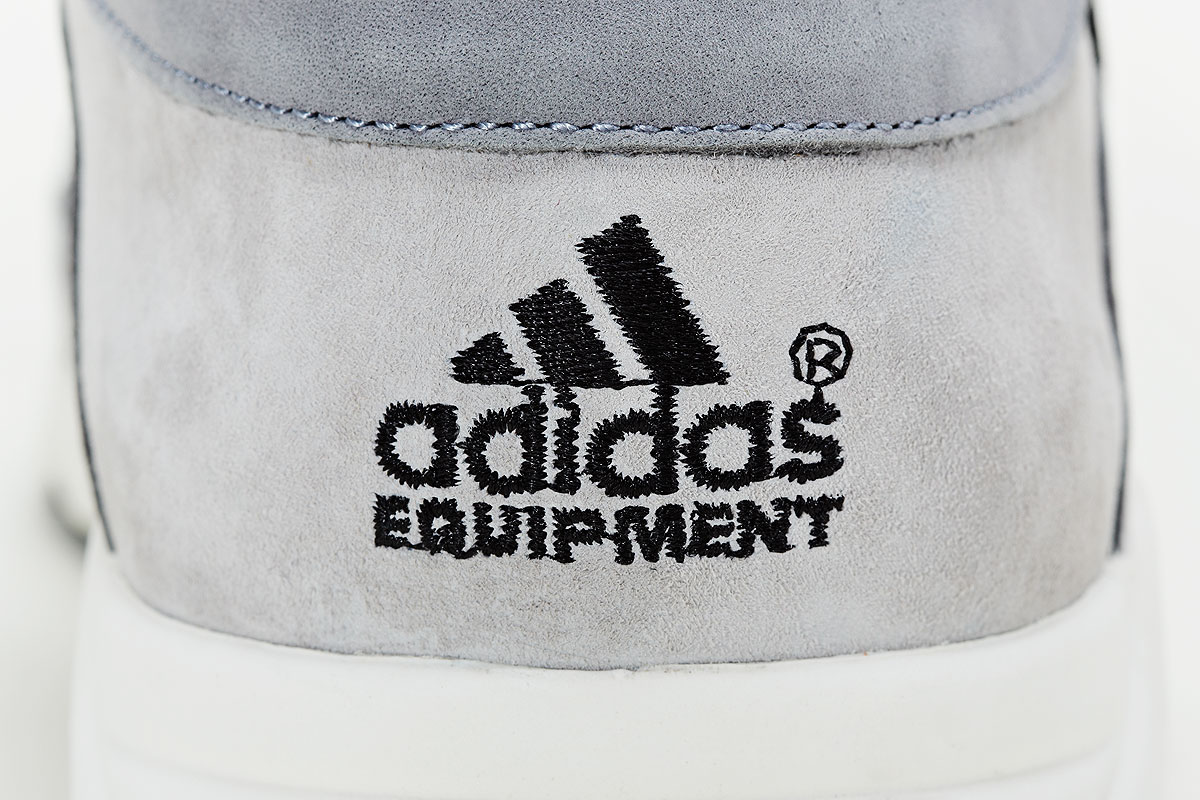 The Equipment Series reestablishes itself as an adidas favorite with its latest comeback, supported by a selection of premium collaborations. Long-time friends of adidas, Solebox bring their Berlin heritage to the table, using it as inspiration for their Consortium version of the EQT RNG Guidance.
The silhouette - which first debuted in 1993 and set a bold statement with its angular lines - is brought up to contemporary speed with Solebox’s touch. Berlin’s flag colors of black, red and white are strategically placed; black mesh underlays and ballistic nylon are layered tonally, integrating the liner, laces and suede heel tab, while red is used sparingly on the midsole, heel tab and tongue loop tag. Grey is introduced in nubuck on paneling of the shoe, in a tribute to their previous collaboration with adidas, the “Now and Then” pack.