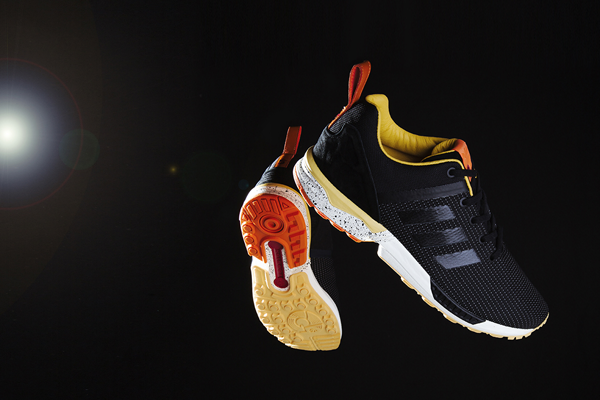 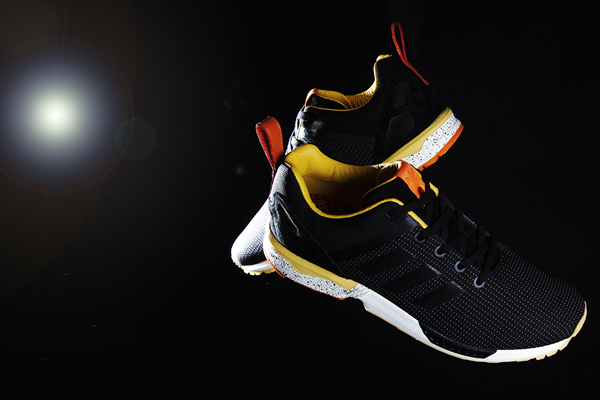 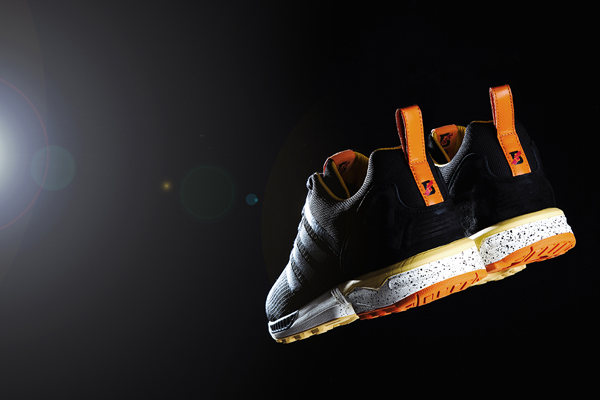 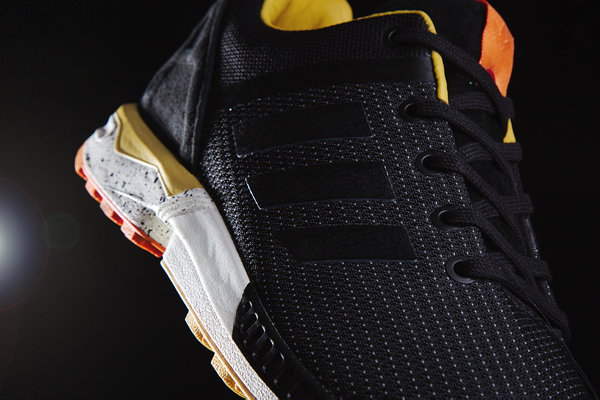 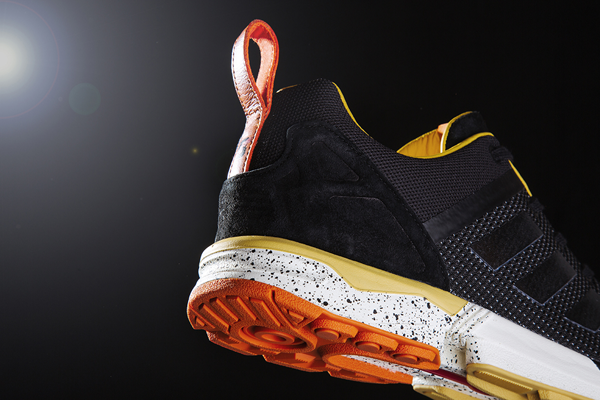 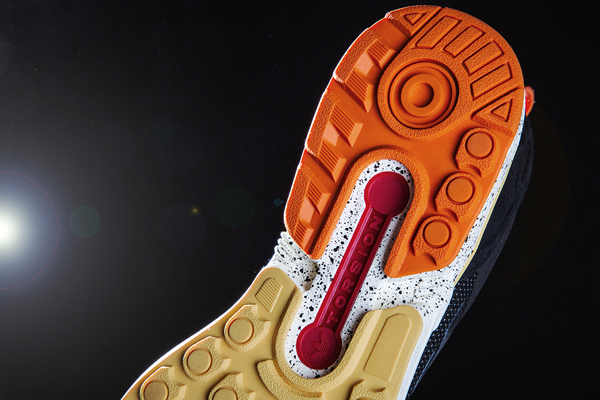 Since its opening in 2006, Bodega has quickly established its firm position as a key retail entity for premium apparel and footwear at the East Coast of the US, but also globally. Besides its well-curated roster of international brands, Bodega has made a name for itself through its strong in-house apparel collection as well as their consistency in high-profile collaborative projects.
The ZX Flux BDGA exudes an aura of calmness which can be attributed to its inconspicuous aesthetic. A plausible implication as the color-scheme is influenced by the ambience of Stanley Kubrick's cinematic masterpiece “2001: A Space Odyssey”. In addition to the slow-paced story-line and classical music, a warm palette of reds, yellows, and oranges combined with the deep black of outer space conveys a relaxing atmosphere. Bodega have transferred this aesthetic onto their upcoming ZX Flux which is a great rendition of the iconic art direction in the movie and promotional artwork.
The all-black upper of the ZX Flux BDGA is constructed in a densely woven nylon featuring an asymmetrical panel with strands of reflective yarn covering the full toe-box and parts of both sides. Suede leather is used on tongue and heel stabilizer adding more depth to the overall appearance of the shoe. Just as the steel grey of the spaceships and the white interiors present a stark contrast to deep space in the film, the off-white outsole–with a speckled back panel–offers an equally strong contrast on this ZX Flux. The pale yellow found on the leather lining and outsole as well as the orange highlights are a direct reference to the space-suits from the movie. Subtle branding in the form of Bodega's signet was placed on the tongue and heel labels. In addition to the black laces, the shoes come with two additional sets in red and off-white. All three have Bodega-branded tips.