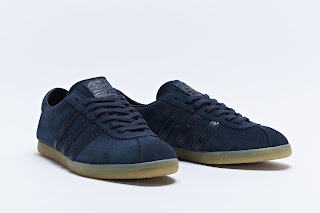 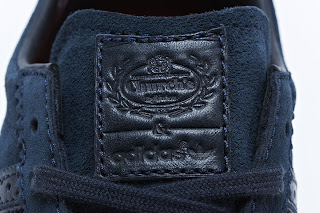 adidas Originals x Church’s - Consortium FW12
When adidas released the City Series in the ‘70s, it became a much-loved collection named after and influenced by cities around the world: Berlin, Dublin and Köln to name a few. The London was a particularly successful model, becoming a highly sought-after and collectable color-way.
Now, to coincide with the London 2012 Summer Games, it seems fitting that the model is re-released; only this time, adidas Originals has partnered with English footwear stalwart Church’s who’ve added their touch of refinement for Consortium FW12. With Church’s undisputed reputation as a traditional but innovative brand, producing quality leather footwear, this new interpretation sees the heritage indoor training shoe taken to the next level.
Brogues are Church’s specialty and subtle influences of the classic style can be seen on this version. The 3-Stripes feature perforation and a premium leather badge bearing the Church’s and adidas Originals logos sits on the tongue. Most of the upper is made of premium suede with leather used on the 3-Stripes, heel and sockliner, while the outsole is made from rubber, staying true to the original treading.
Traditionally the London is distinguished by its gold lettering that sits by the 3-Stripes, instead an embroidered Union Jack is inset on the heel tab, a subdued dark grey version that plays with textures and contrasts with a natural-colored sole and serrated 3-Stripes.
While the City Series continues to be a favorite among adidas collectors, this new partnership is also sure to lure those with a lust for design led by tradition and quality construction. 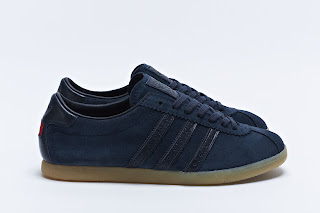 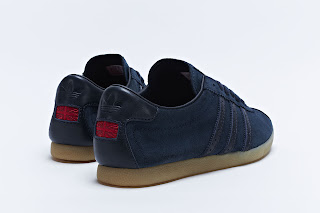 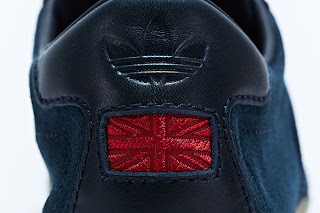 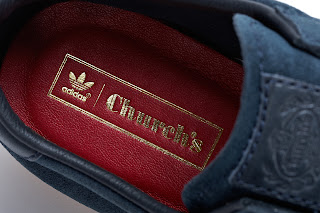