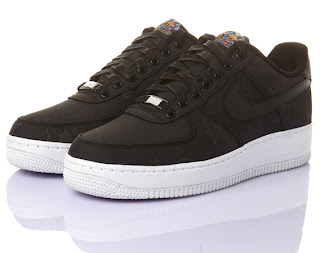 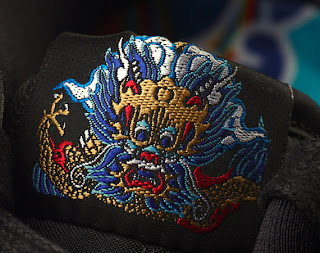 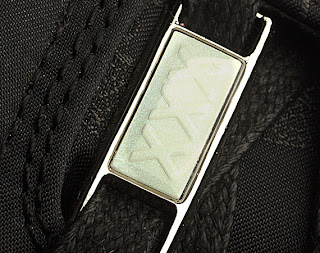 Nike Air Force 1 Low Supreme I/O TZ Year of the Dragon.  Black, Black.  516630-090
Underneath the Nike Air Force 1 – Year of the Dragon’s simple design of black upper and white sole, there are layers of symbolism at work. Its black textile upper is a direct reference to the traditional Chinese Silk Robe (though a few Chinese sites also suggested the Amur River, locally known as the “Black Dragon River”). Discretely embroidered within are dragons and clouds, much like the patterns you’ll find on emperor’s dragon robe. Embroidered on the heel panel, the word “dragon” in old Chinese script, another referral to the ancient culture. Finally, the “XXX” designation on the lace-lock in front, marking the all-important 30th anniversary when Nike made the first Air Force 1s. 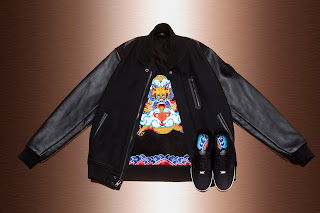 Nike Year of the Dragon Limited Edition Destroyer Jacket.  Black, Black.  502167-010
In addition to the footwear commemorating the upcoming Year of the Dragon, Nike has thrown in its flagship Destroyer Jacket into the mix. The classically styled varsity is built with a black wool body and black leather sleeves, and like the matching Air Force 1s, features vivid artwork at the interior: a stylized dragon and cloud design floats above blue waves. Additional details include an appliqué patch on the left sleeve and embroidered dragon claws at the back.