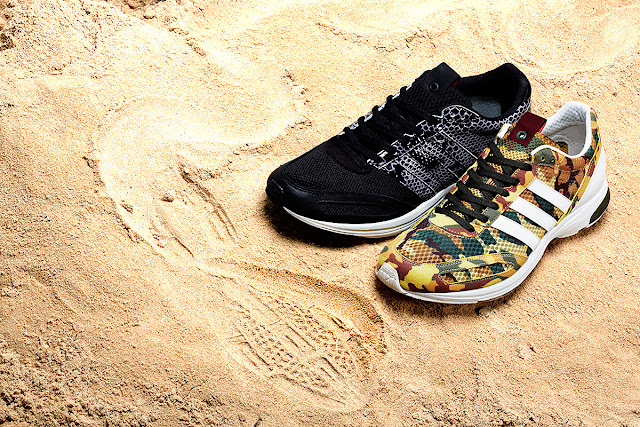 Consortium FW13 adiZERO Adios 2
Consortium has dipped into the adidas Performance roster for the first time, taking one of their most iconic running models – the adiZERO Adios 2 – and given it a lifestyle perspective with the attention to detail that Consortium is known for. While this adiZERO version still features technical elements, such as synthetic suede and waterproof mesh used on the forefront of the shoe, the contrast effect over the rest of the shoe is unexpected and striking.
One of the models features a shiny reptilian effect, a texture that’s been used heavily in the Originals back catalogue, while the other pair utilizes a camo print. Using luxurious Italian leather to give a snakeskin look, the Adios 2 is pushed into a direction it’s never ventured in before, while the camo version is as wearable as it is functional. 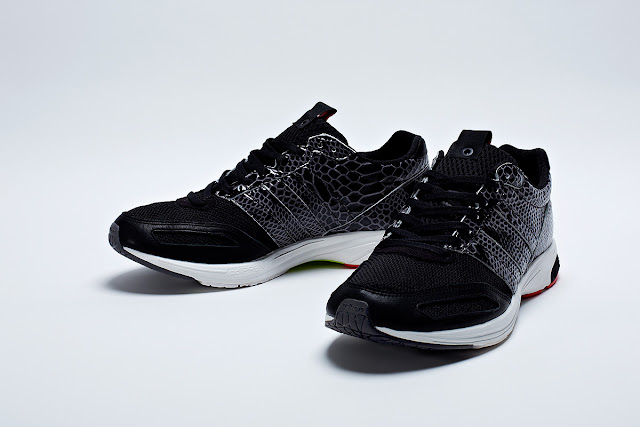 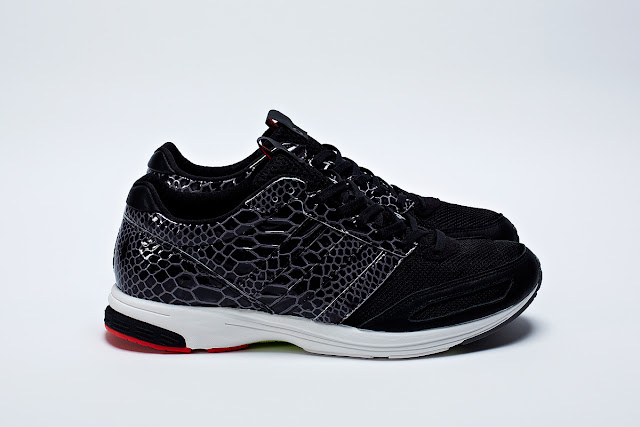 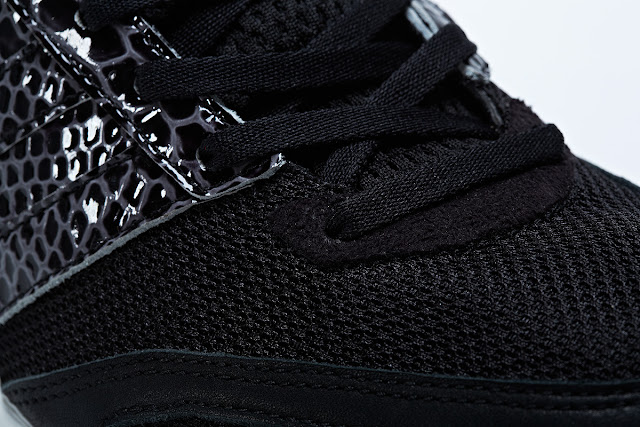 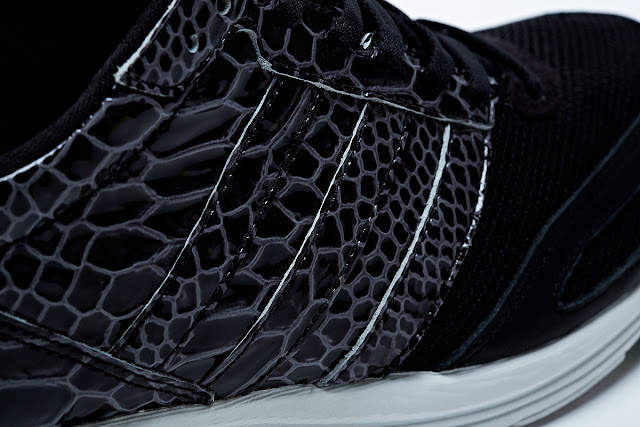 BLACK
The iconic adiZERO Adios 2 has gone a new direction, with Consortium putting its own spin on their version, utilizing luxurious Italian leather to execute a snakeskin effect. For the black colorway, the snakeskin look is used on the 3-Stripes, heel patch and lateral and medial side panels, with the heel tab in soft premium leather. Contrasting the look and in keeping with the running shoe’s original materials, the tongue and toe box are made of technical materials such as synthetic suede and mesh, and also kept black.
A white midsole and white, red and grey outsole brings small punches of color, also offered by the alternate red laces. 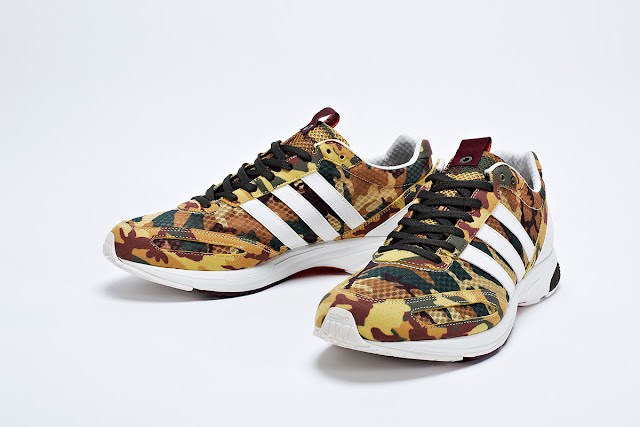 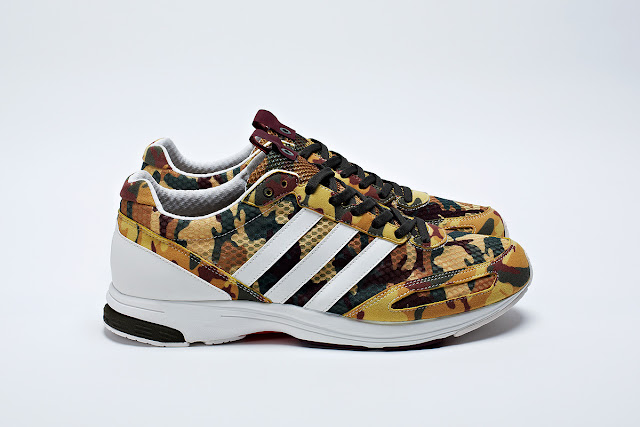 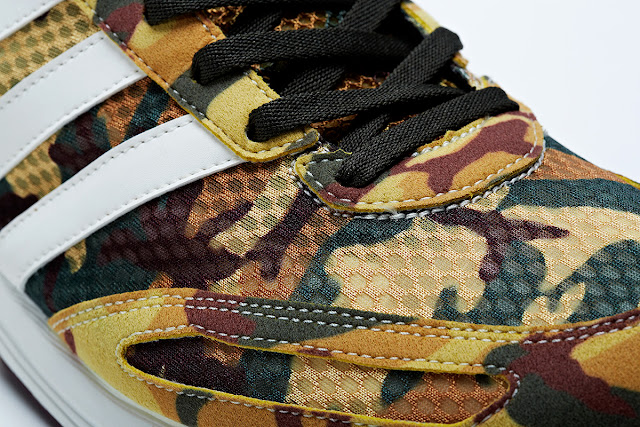 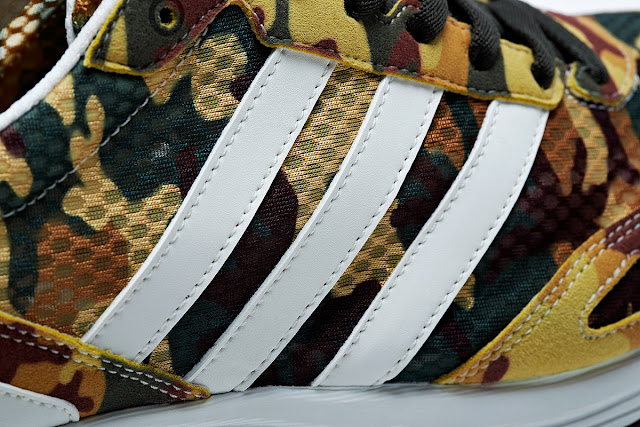 CAMO
the adiZERO Adios 2 has been a popular performance running trainer for the adidas brand. For fall/winter 2013, Consortium brings its point-of-view to the design table, introducing a bold camo print. Unlike the other three reptilian make-ups produced for the collection, the camouflage version is executed in an all over print on light technical mesh and synthetic suede. white leather 3-Stripes and a white midsole contrast against the print for an experimental approach, while the alternate colored lace pack brings even more pops of color for the wearer.