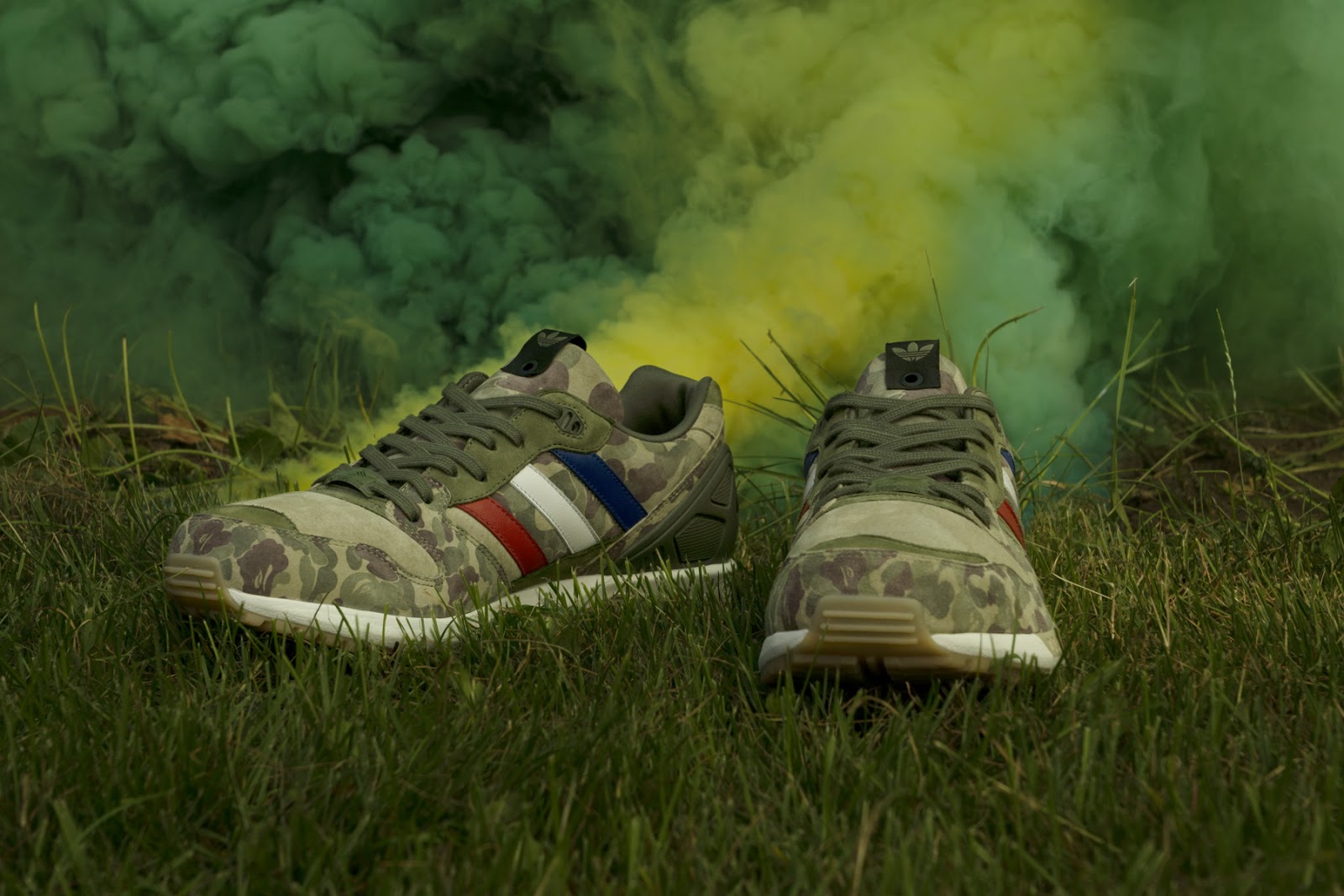 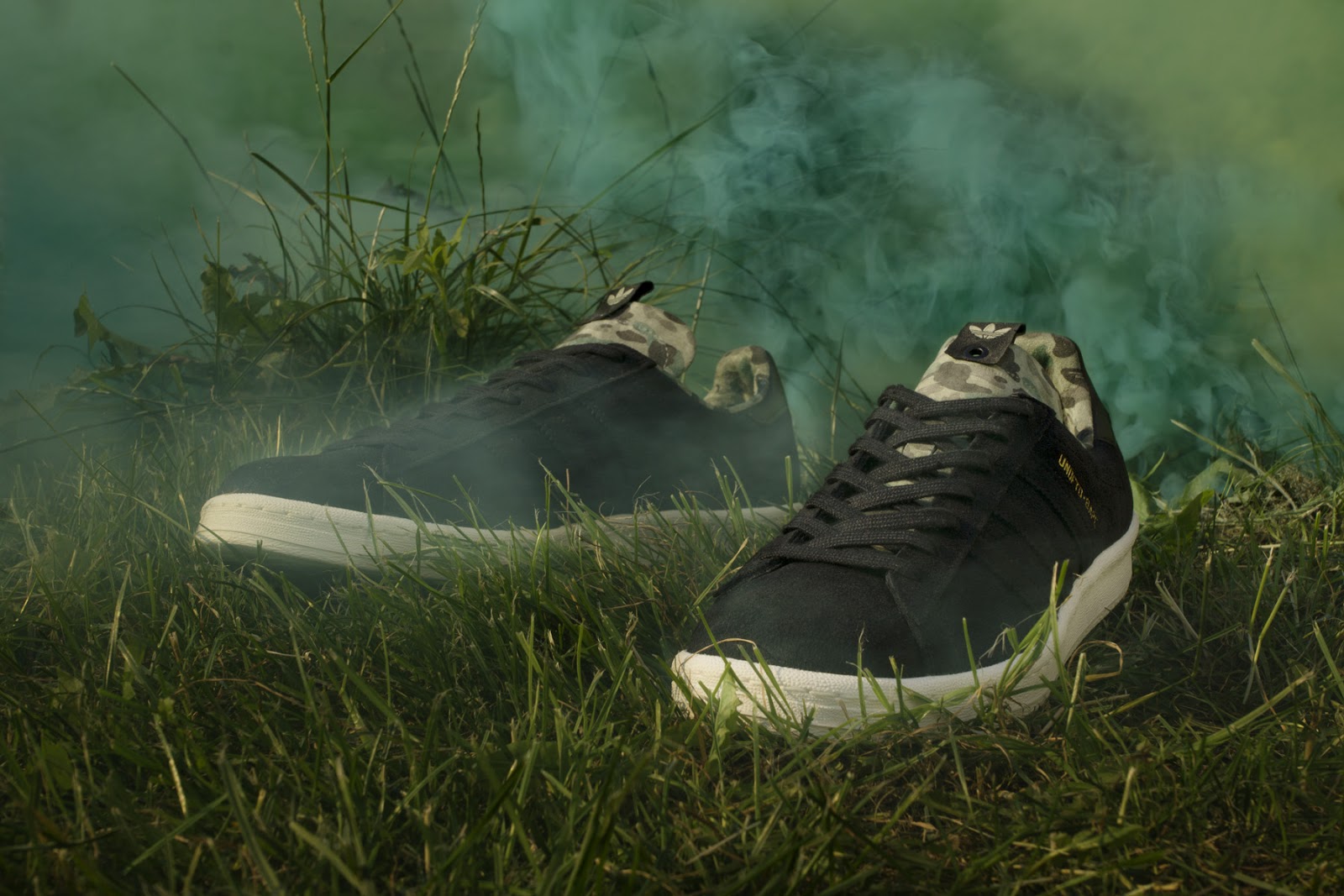 adidas Originals x UNDFTD x BAPE
BAPE and UNDFTD have been working with adidas originals on opposite sides of the world since the respective launches of both seminal streetwear brands. with unique perspectives - largely shaped by their home cities of Tokyo and Los Angeles - the merging of the two streetwear heavyweights for adidas has them creating shoes for Consortium, continuing the growth of a partnership that has already spawned some classic pieces.  The union brings a strong army influence done using BAPE's signature camouflage print, blocks of khaki, taupe and off white, the occasional splash of bright colour, and special gold leaf detailing on suede – a rare execution. Two favourite adidas styles have been given the midas touch: the Campus and ZX 5000. As always for Consortium, premium materials are used throughout, such as super soft leather and suede. 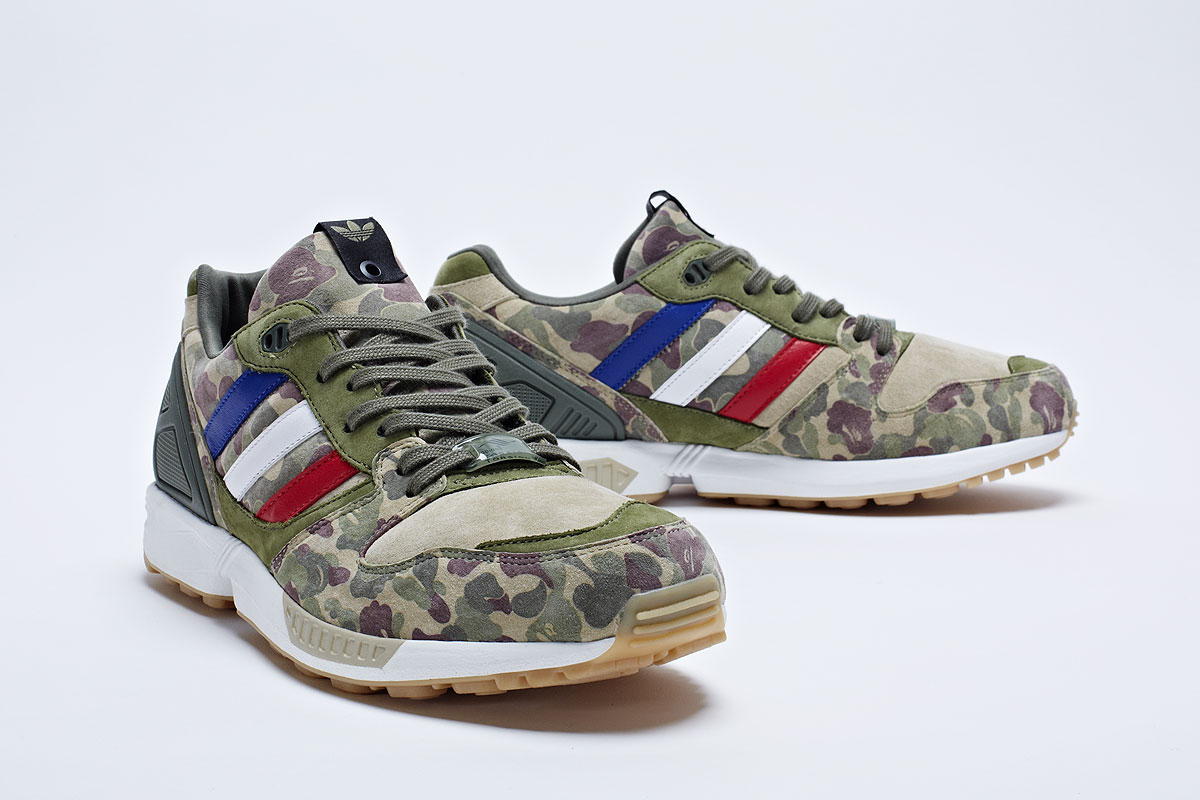 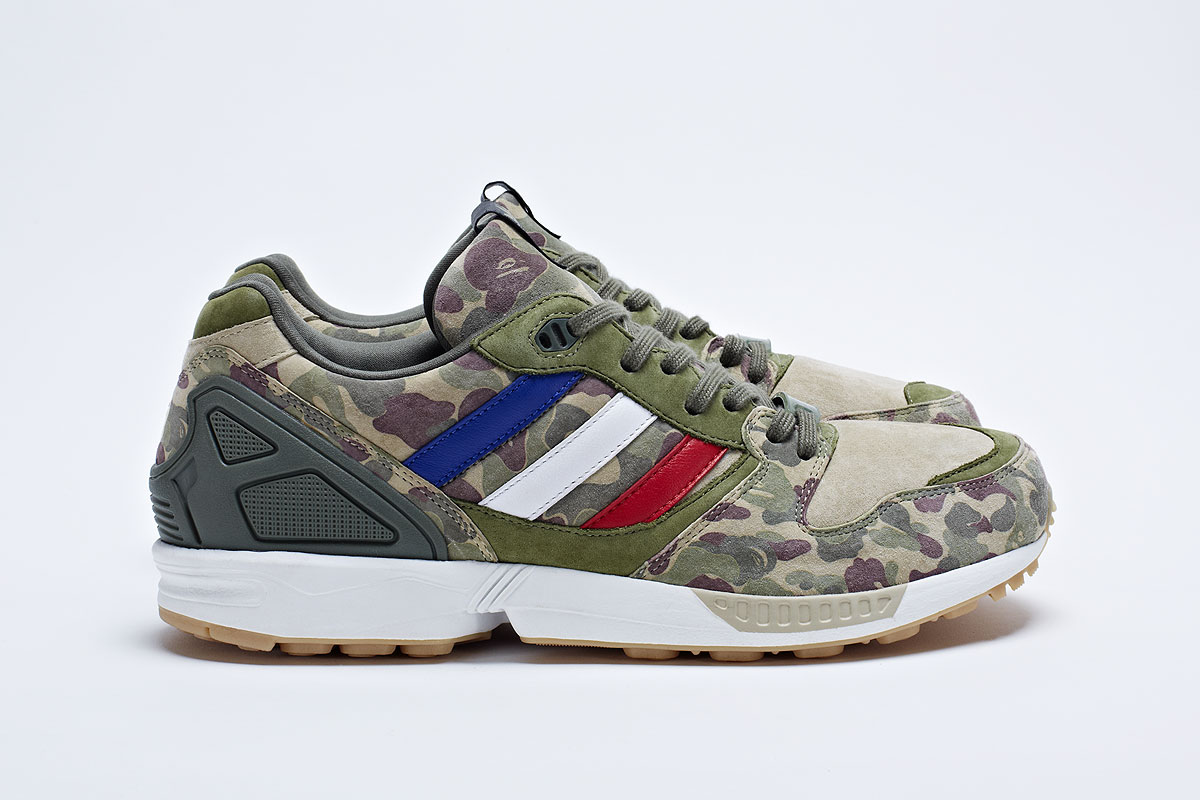 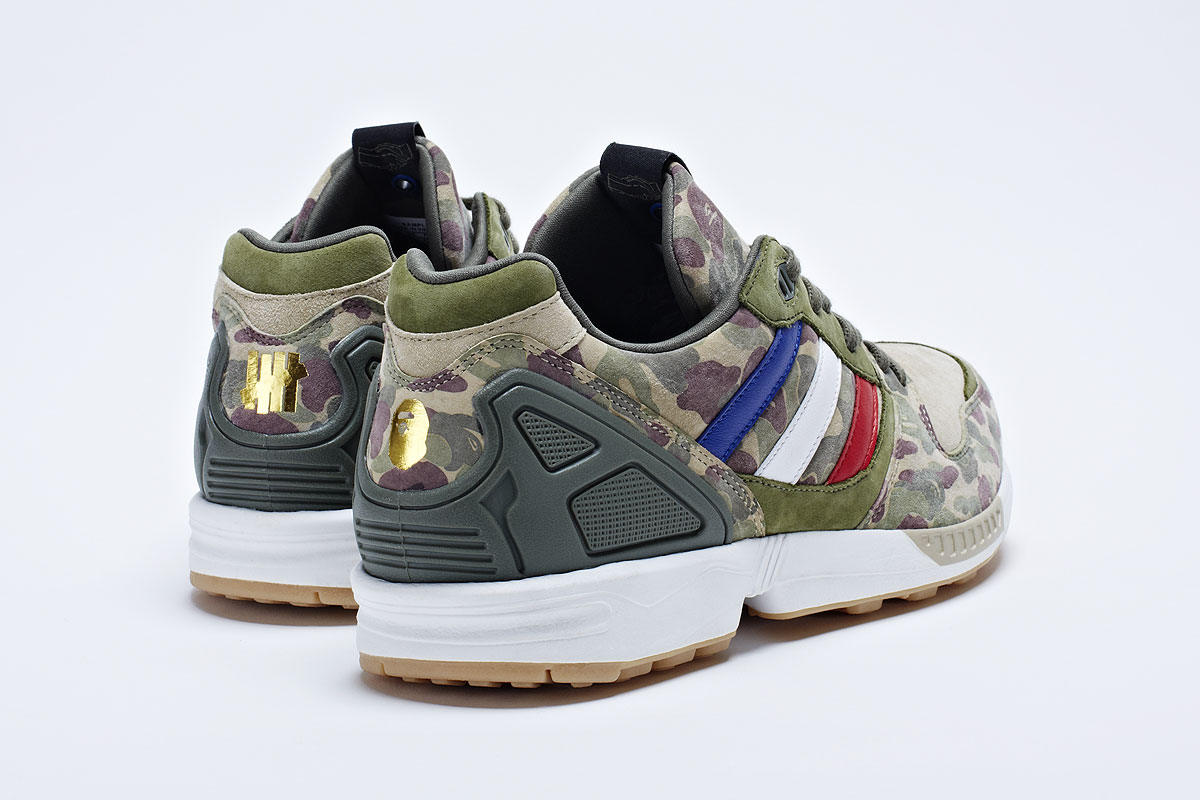 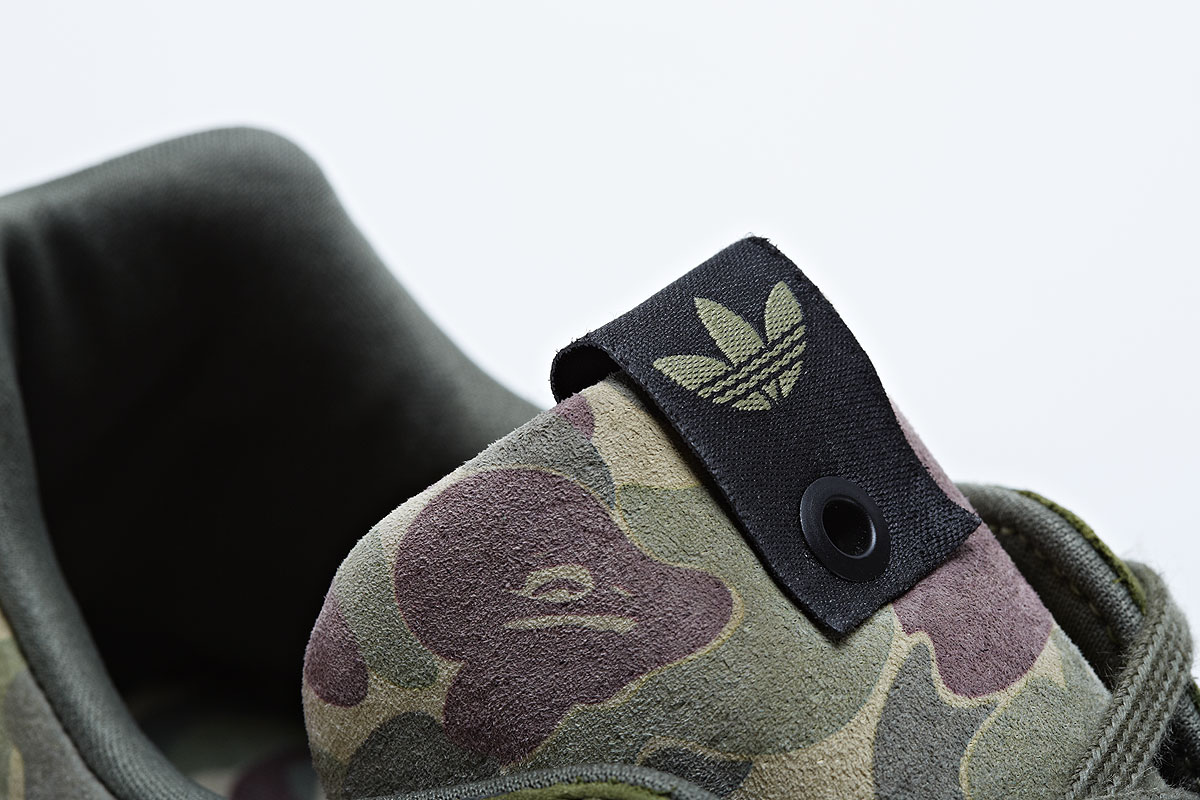 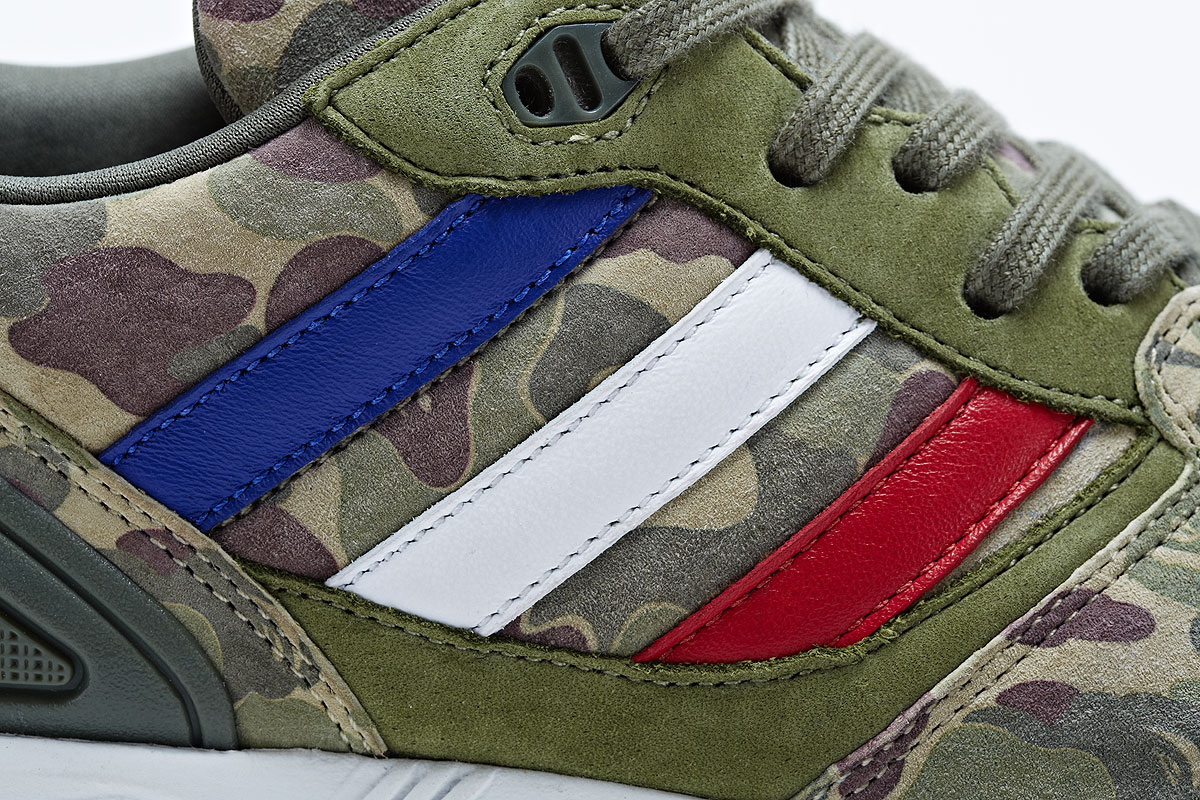 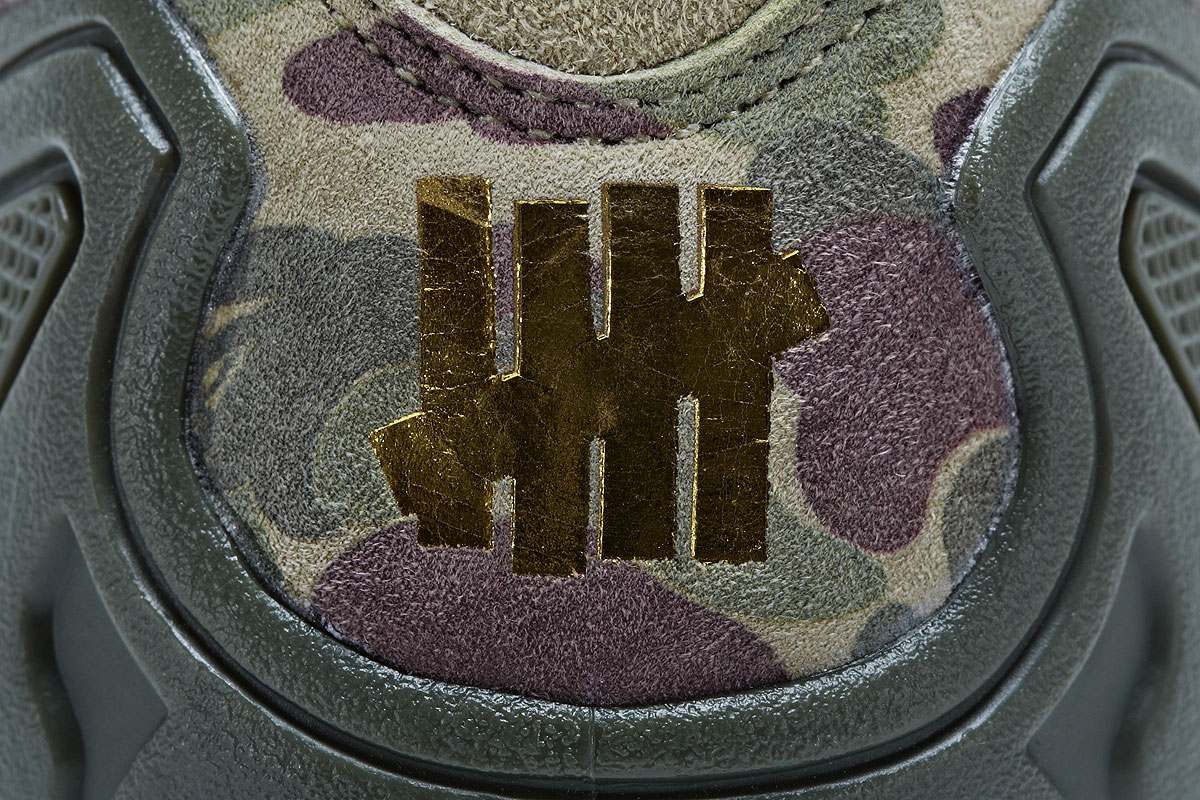 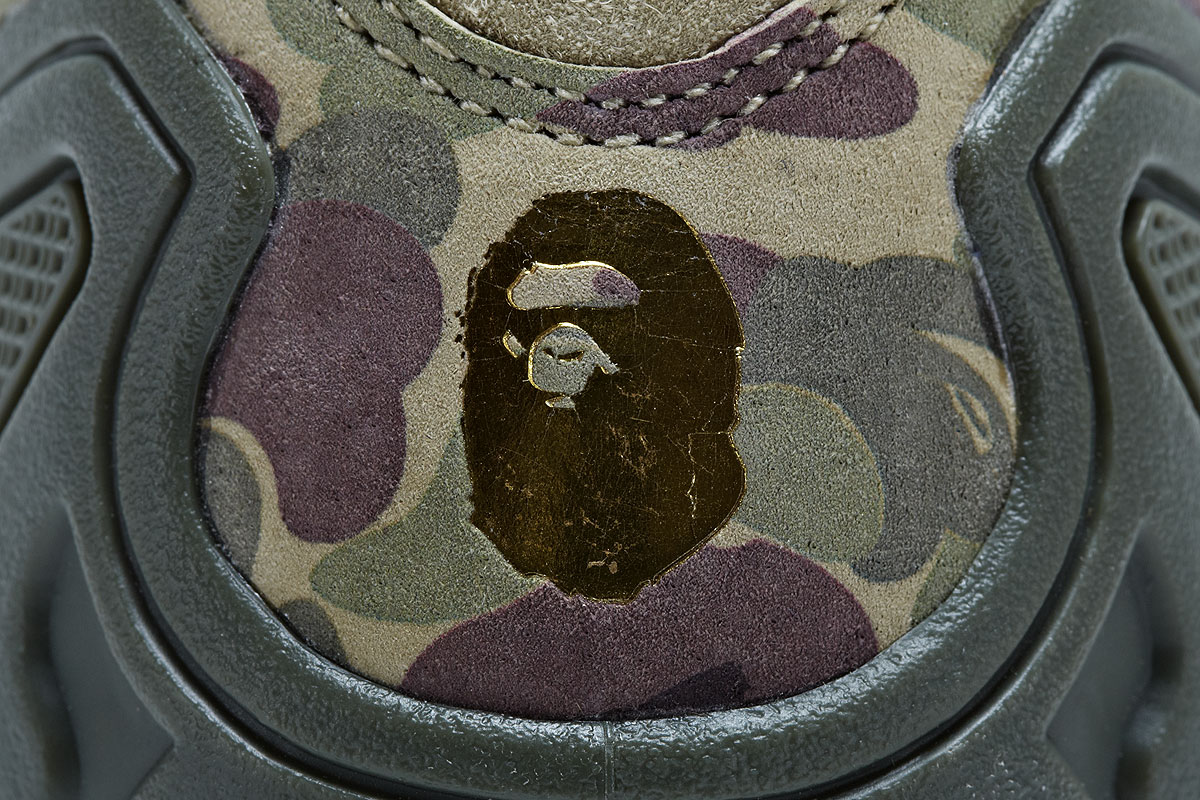 The ZX 5000 was technically ahead of the game upon its release in the mid ‘80s, and now adidas Originals is bringing it back, giving the silhouette to two streetwear specialists, BAPE and UNDFTD, to design their own version for Consortium.  The labels pay homage to the camouflage trend using BAPE’s signature camo print throughout. The suede print is predominant on the upper and tongue, with colour blocks of khaki and taupe on the toe box and side panel and a khaki lace jewel. Technical details that were inherent to the original also appear on this version, too: an extended plastic wrap-around heel counter and a Torsion bar that can be seen in red on the outsole of the shoe. Interestingly, the serrated 3-stripes have been treated with leather in bright colours: blue, white and red, which pop against the upper. gold foiling makes the shoe extra special with each brand’s logo stamped on the heel tab – BAPE on one foot and UNDFTD on the other.
CAMPUS 80’s - UNDFTDxBAPE 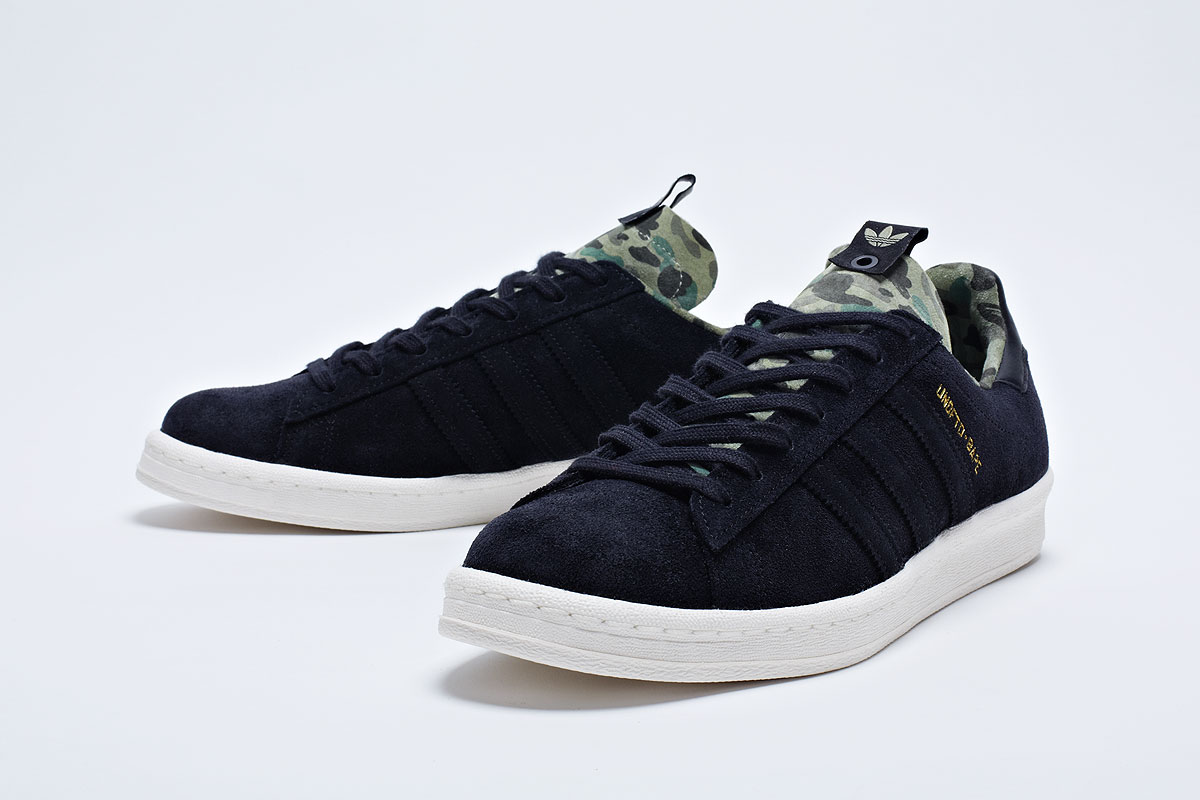 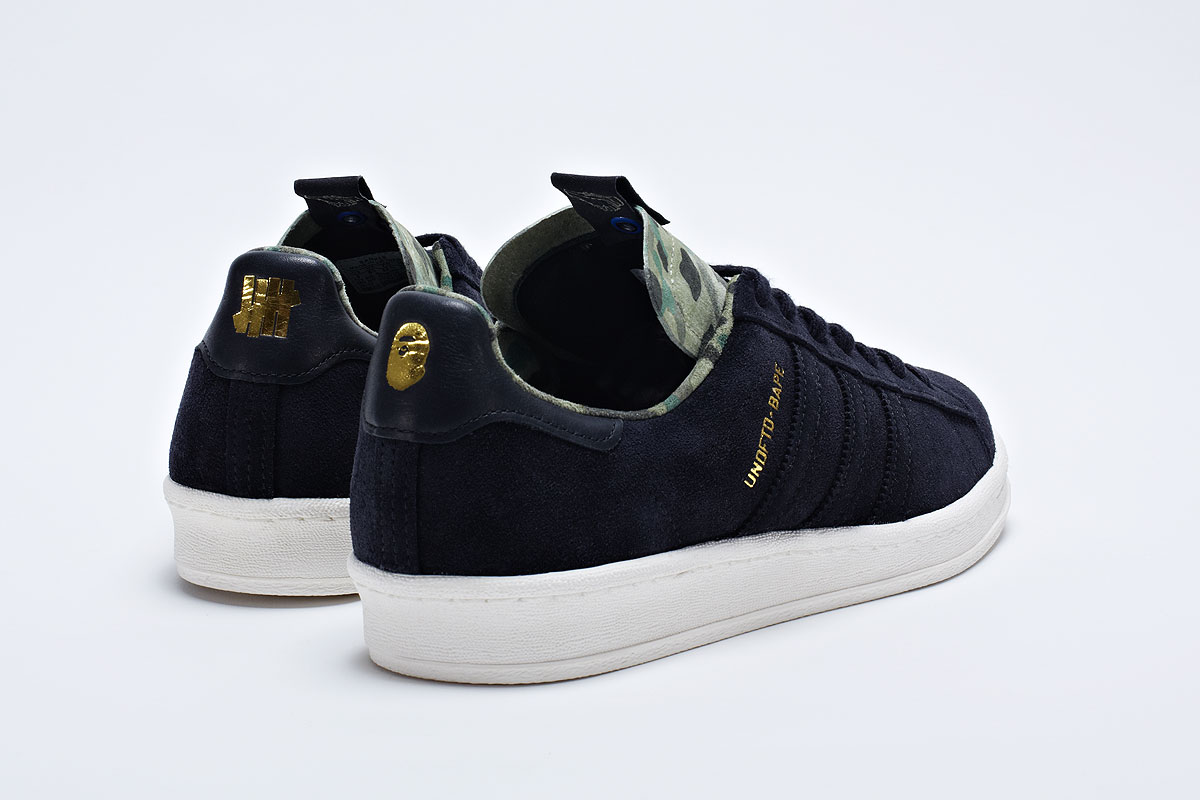 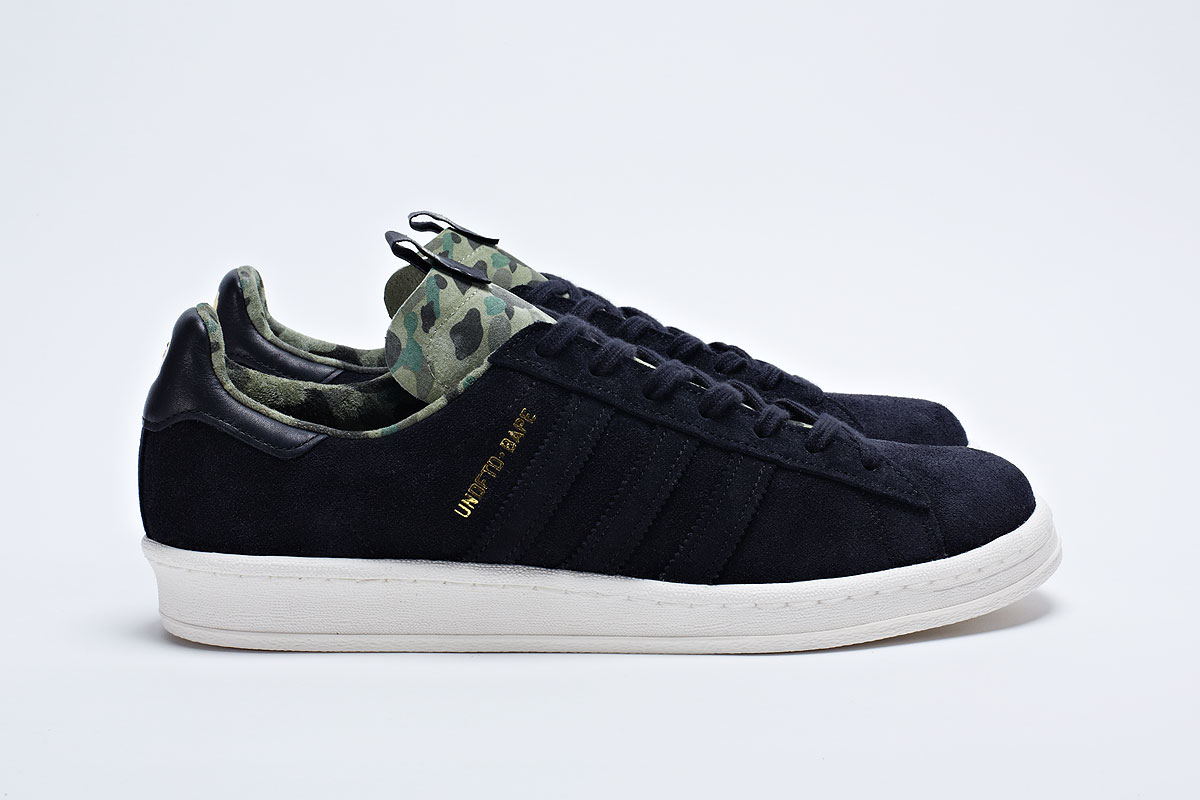 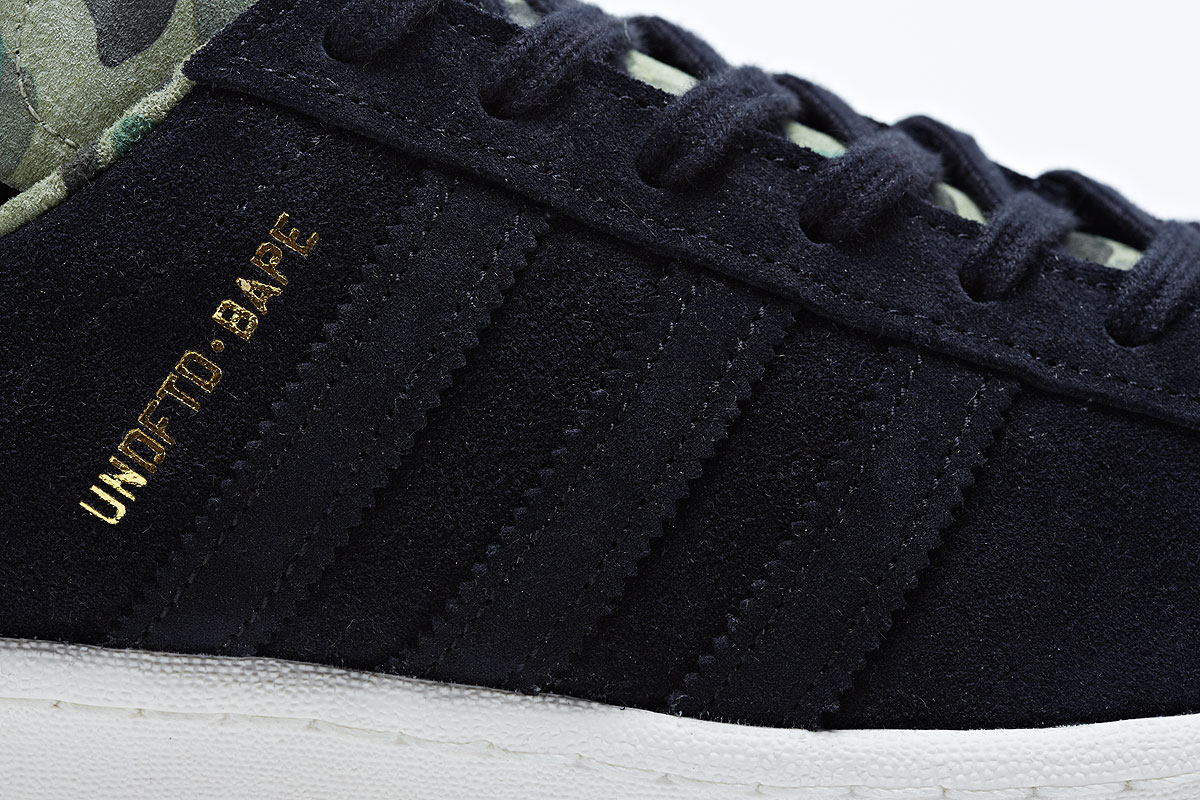 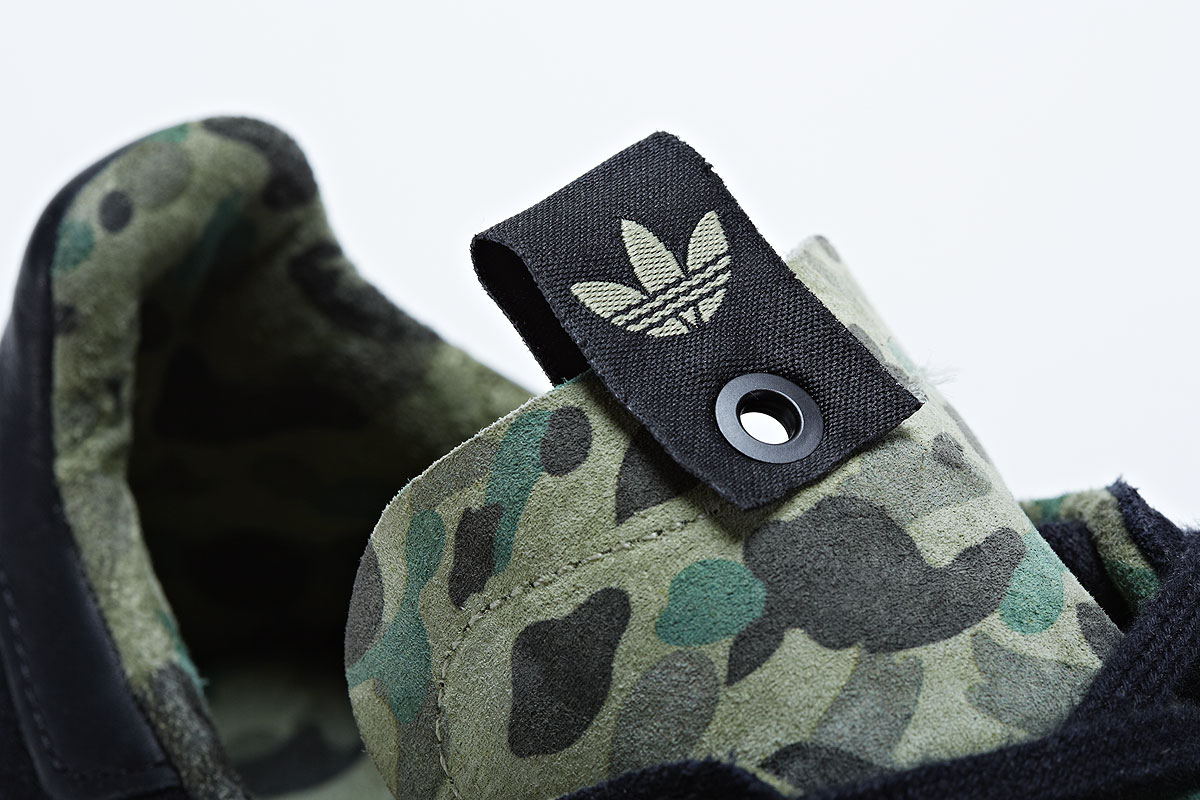 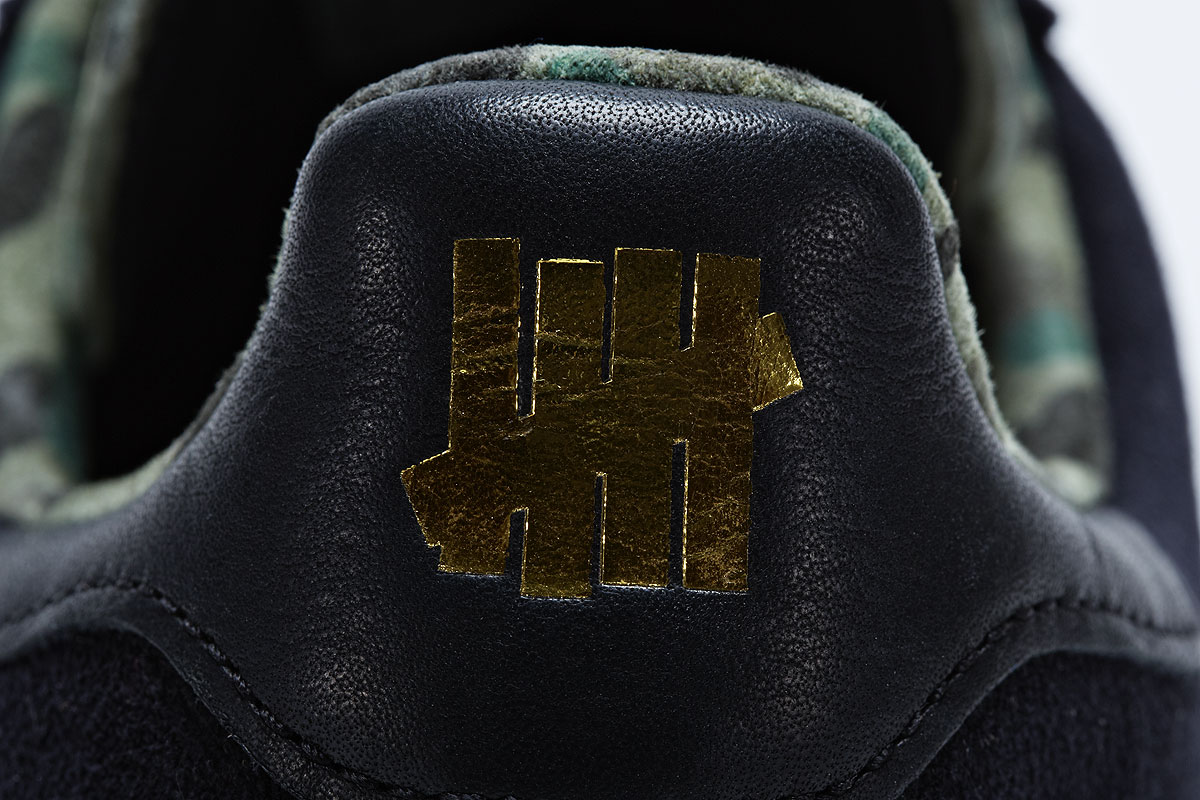 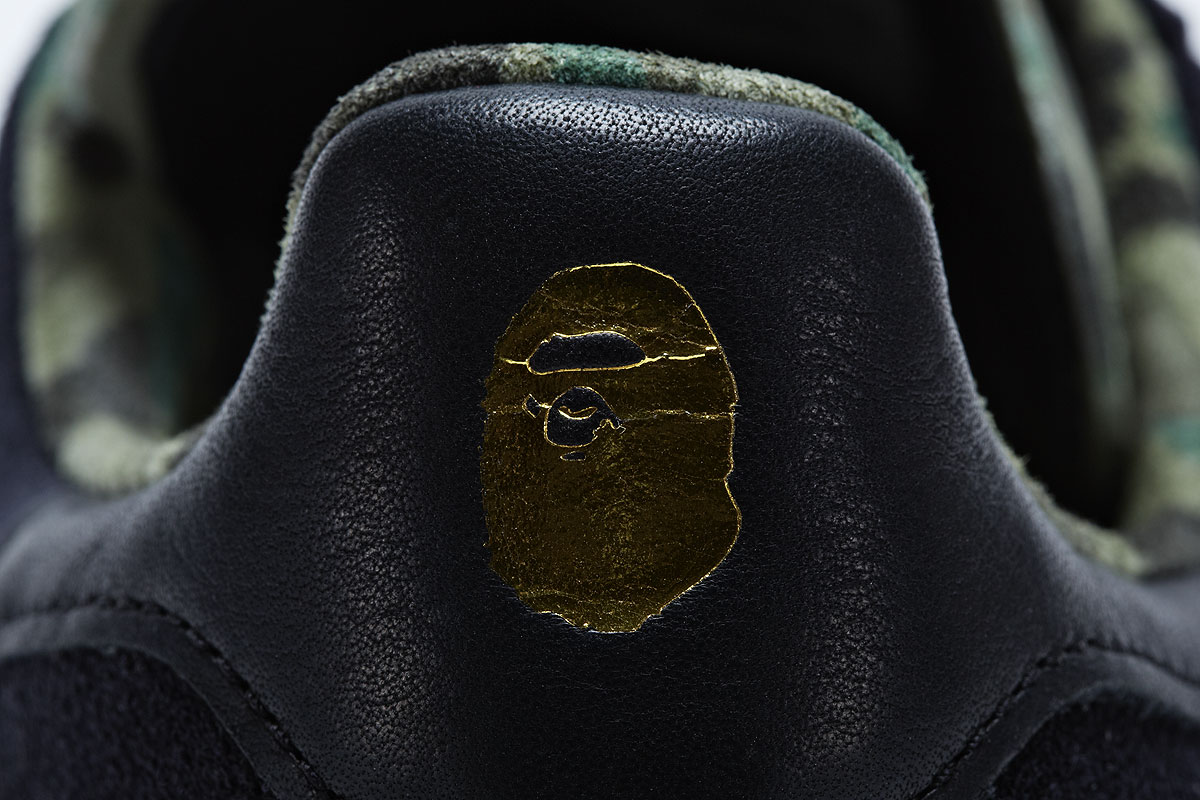 From the courts to the streets, the Campus has been one of the most cherished silhouettes in adidas’ back catalogue since its initial release in the 1970s. This time, streetwear specialists BAPE and UNDFTD take over the reigns to create a version of the Campus sneaker for adidas Originals Consortium collection, taking cues from the army battlefields with camouflage prints and khaki tones throughout. The black version comes in a suede upper featuring serrated 3-stripes on the side panel, along with tonal black laces and a premium leather heel tab. A gold leafing UNDFTD/BAPE callout sits vertically over the first stripe, while further gold leafing is used to emboss each brand’s logo on the heel tab - BAPE’s is on the right shoe and UNDFTD on the left.  Running throughout the collection is a signature BAPE camouflage print and on this shoe it is used on the tongue and sockliner. A fabric loop tag sits on the tongue featuring a khaki Trefoil on the front and a Consortium handshake logo on the back, while a white vulcanised rubber outsole completes this simple, refined shoe.