We were shocked by the terrible news that came out of Boston and pushed back the launch of the Consortium Boston Super OG pack. Our hearts and prayers go out to the runners, spectators and everyone affected by the terrible events that took place during the Boston Marathon.

In solidarity with the city's people, adidas dedicates 20,000 EUR to the ONE FUND of its profit of 2284 Consortium Boston Super OG pairs sold. The Darkside Initiative will donate all their profit from this release to the ONE FUND BOSTON.  This donation will be used to assist the families of the victims who were killed and the victims who were most seriously affected as a result of the tragic events during the Boston Marathon.

Further Info on the ONE FUND BOSTON can be found here: http://onefundboston.org/

adidas’ strong connection to Boston goes way back. Their involvement with the city’s marathon saw them honour the event with the Boston Super shoe in 1984. The model has undergone a number of transformations over the years, playing around with materials, colours, shapes, even introducing outdoor elements into the mix.  However, for spring/summer 2013, Consortium recognises its legendary archive form, bringing it back with a one-to-one reissue, along with a second colourway inspired by the Boston Marathon’s event organiser, the Boston Athletics Association.  Like its predecessor, the shoes feature soft vintage suede and classic mesh combined with leather 3-Stripes, a distinctive graphic midsole and eye-stay detail at the top of the laces with a ghilly lacing system. 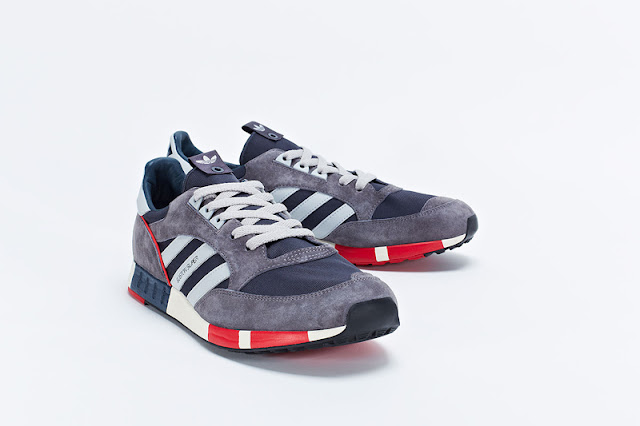 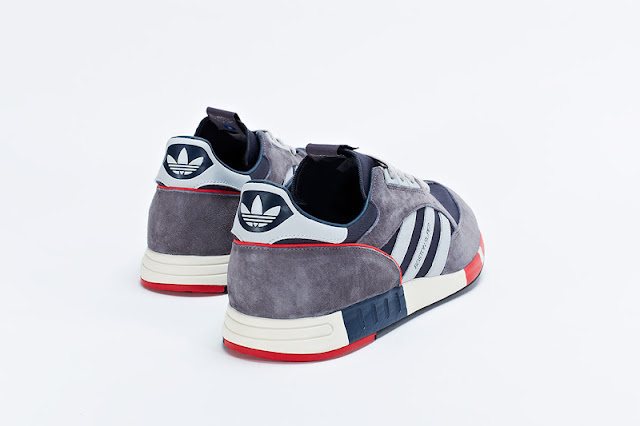 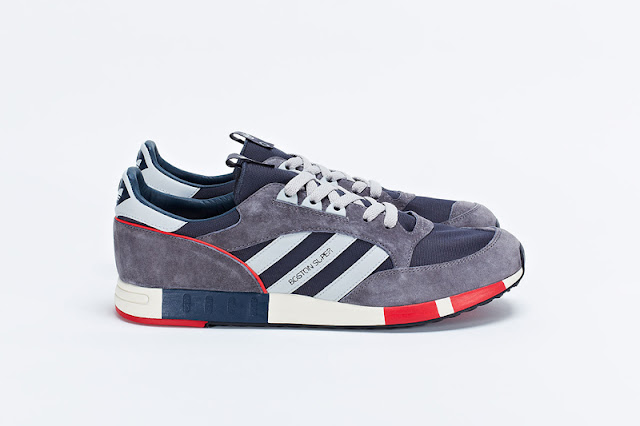 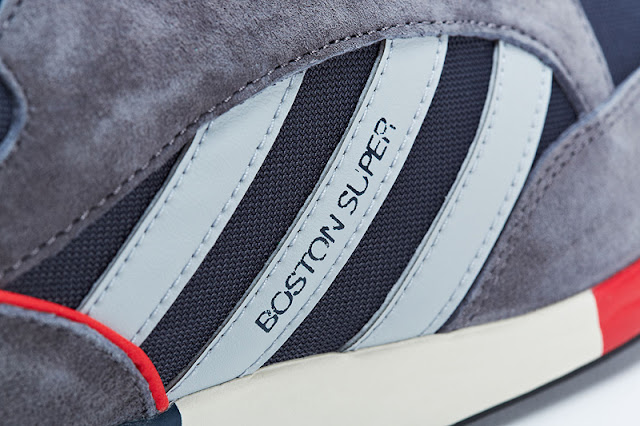 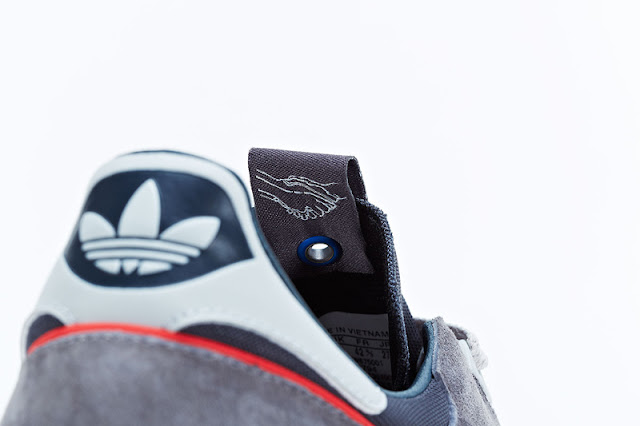 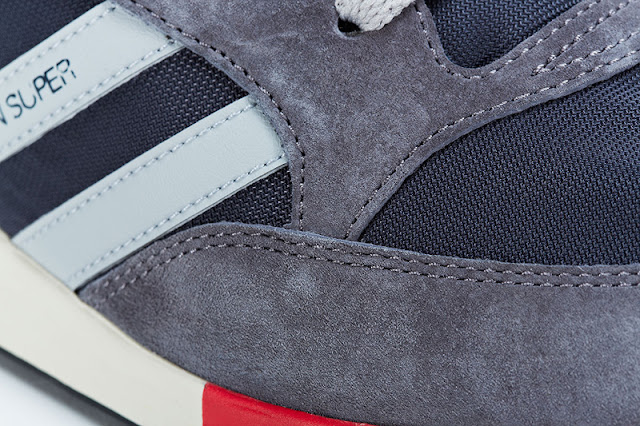 Recognising the demand for og adidas classics, Consortium brings back a one-to-one issue of the Boston Super, a running shoe that was first released in 1984. Its distinctive styling includes a graphic midsole of white, red, navy and grey, a ghilly lacing system and mix of technical materials used on the upper. Consortium’s spring/summer 2013 version goes back to its original blueprint using the original premium materials – soft vintage suede, classic mesh and leather – as well as the same grey, navy, red and white colour combination. It also features a Boston Super callout vertically on the middle 3-Stripe and the Consortium fabric loop tag around the tongue. 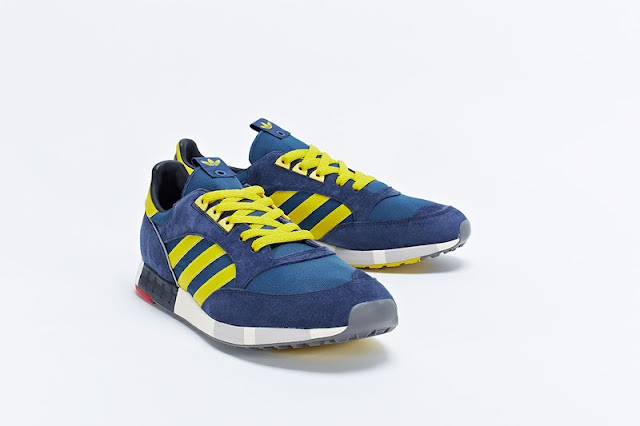 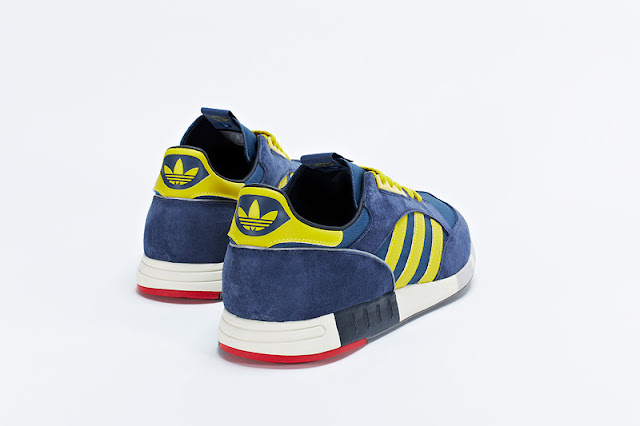 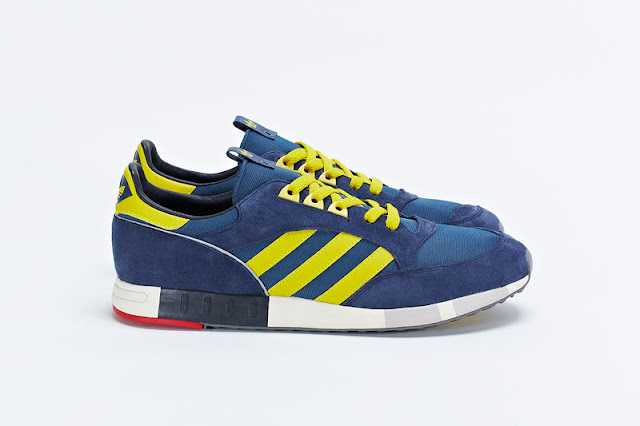 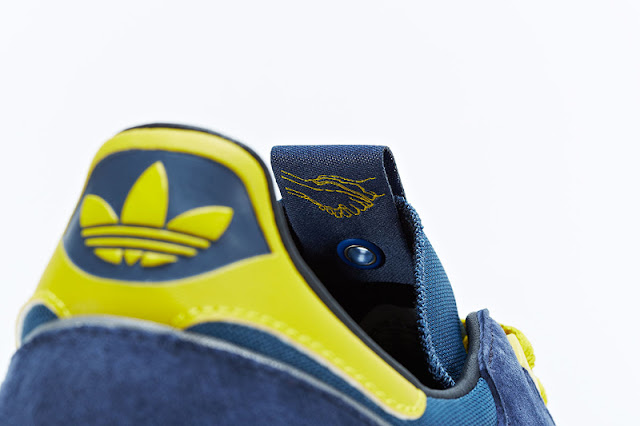 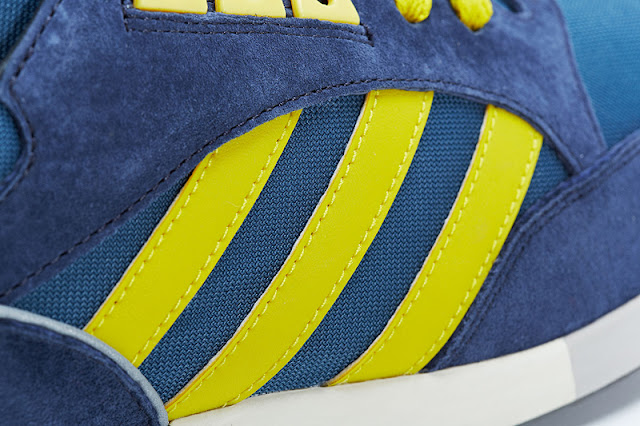 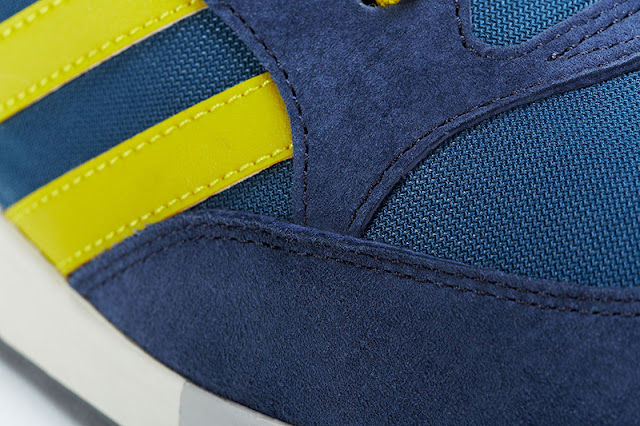 The second colourway celebrates the Boston Marathon’s organiser, the Boston Athletic Association, in a blue and yellow take of the shoe. Boston Super’s original materials are applied, a combination of soft vintage suede, classic mesh and leather. The shoe’s upper is predominately navy, with yellow 3-Stripes, laces, eye-stays and on the heel tab; an embossed Trefoil sits on the leather heel tab. The midsole bears a slightly mismatched colour configuration in grey, white and red, retaining its vintage feel.