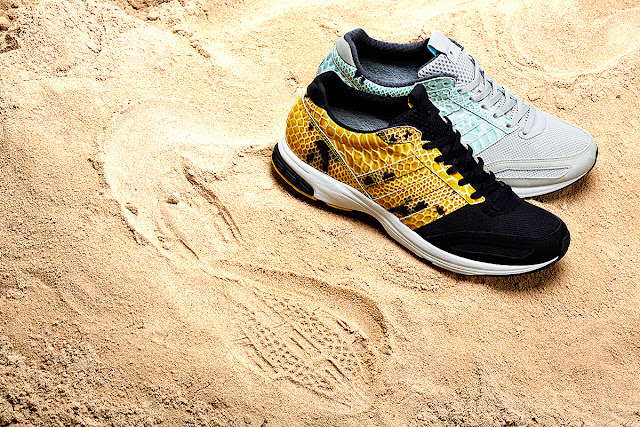 Consortium FW13 adiZERO Adios 2
Consortium has dipped into the adidas Performance roster for the first time, taking one of their most iconic running models – the adiZERO Adios 2 – and given it a lifestyle perspective with the attention to detail that Consortium is known for. While this adiZERO version still features technical elements, such as synthetic suede and waterproof mesh used on the forefront of the shoe, the contrast effect over the rest of the shoe is unexpected and striking.  Using luxurious Italian leather to give a snakeskin look, the Adios 2 is pushed into a direction it’s never ventured in before. 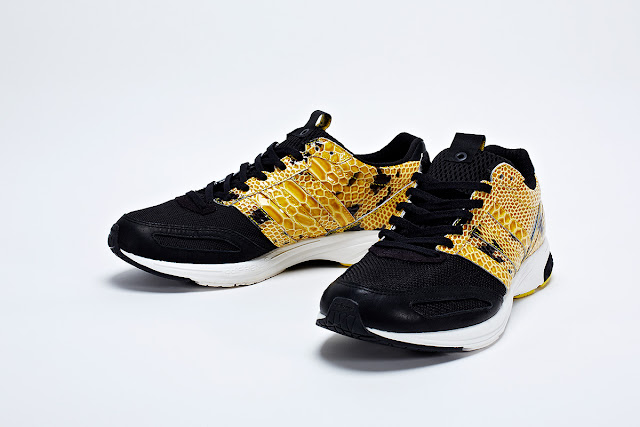 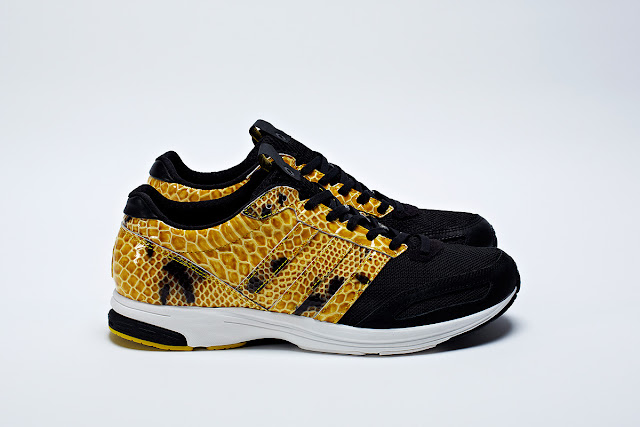 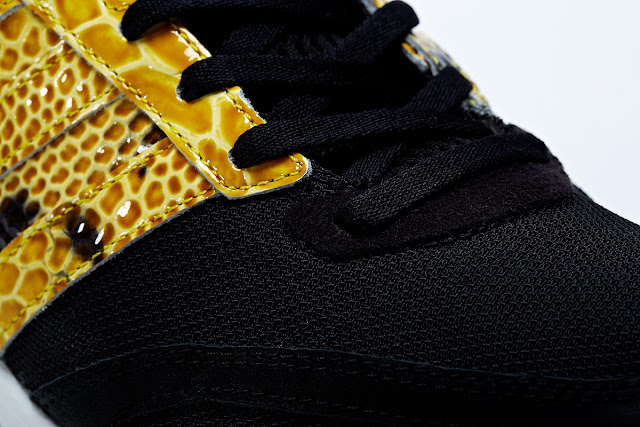 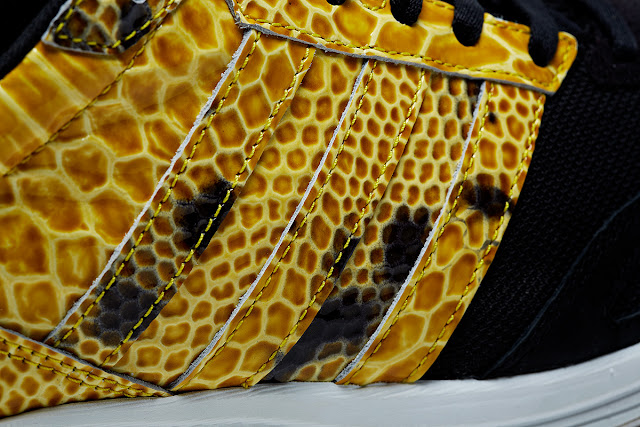 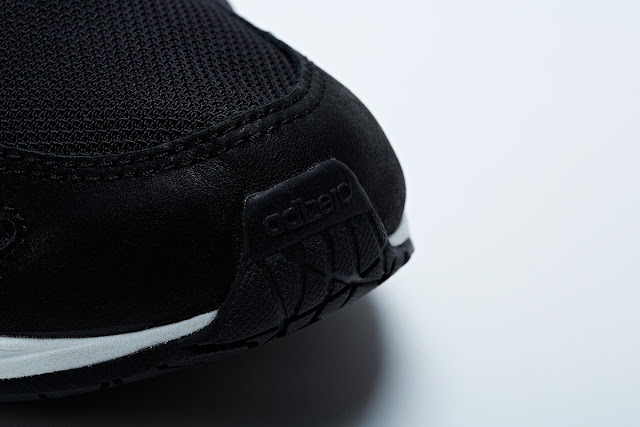 BLACK/YELLOW
adidas first featured reptilian flair on a basketball shoe back in the ‘80s, and has since used this bold pattern on a number of Originals silhouettes. For the adiZERO Adios 2, the snakeskin effect has been used on the back half of the shoe, including the 3-Stripes, with yellow premium Italian leather. the forefront of the shoe features the technical materials of the performance model, using black synthetic suede and mesh to keep the shoe light. Accompanied with alternate green laces, Consortium’s Adios 2 offers a radical departure from the usually subdued performance make-ups. 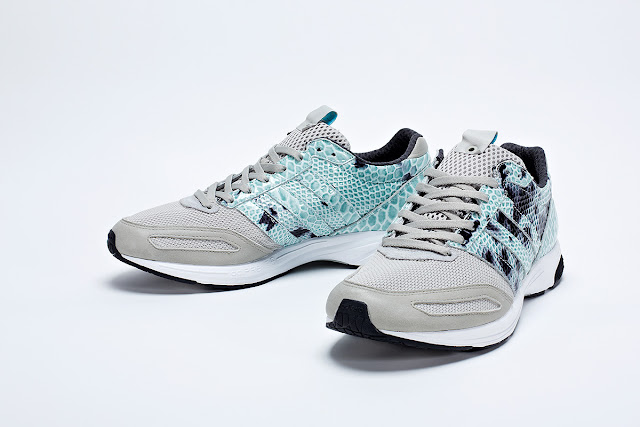 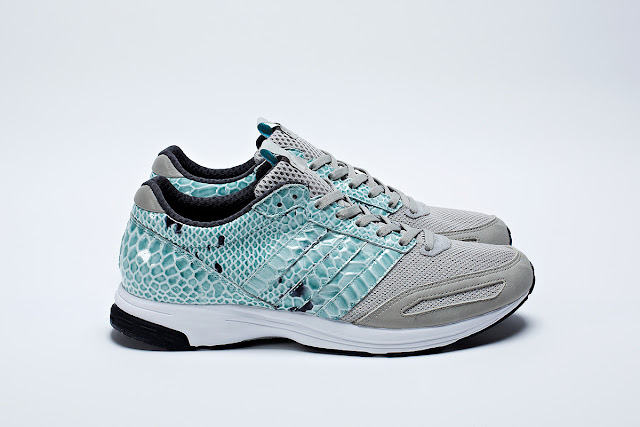 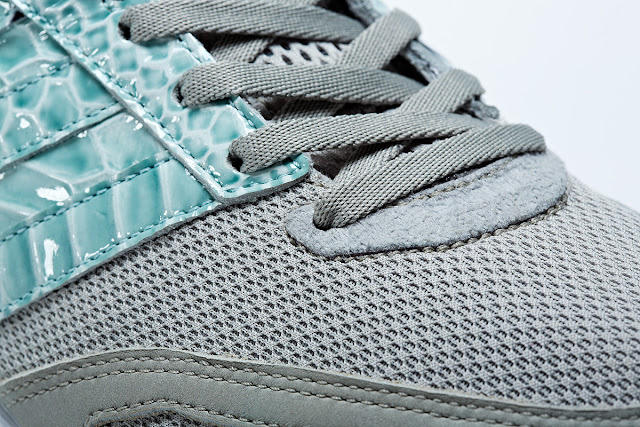 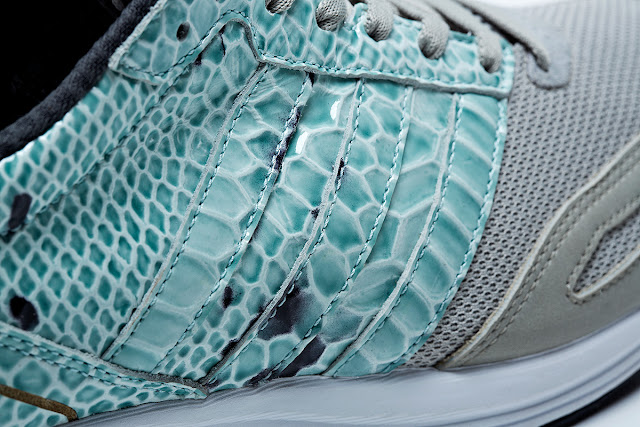 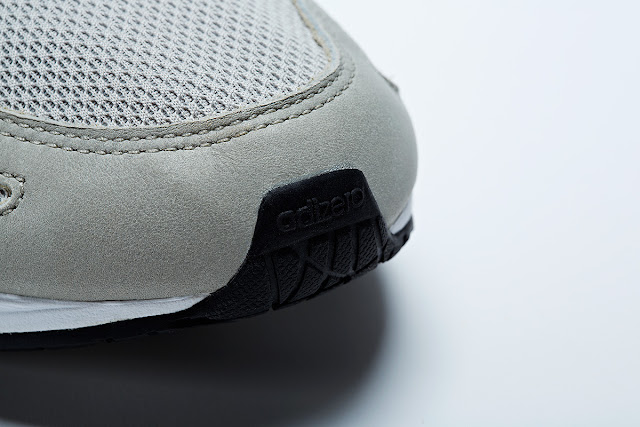 GREY/MINT GREEN
the adiZERO Adios 2 in its original performance format has been a popular runner’s choice, with over 100 marathon wins to date. Now, for a lighter approach, Consortium reaches to a paler colour palette of grey and mint green, giving it its own characteristic spin. working with a light grey synthetic suede and technical mesh for the front of the shoe and on the tongue, the rest is sharply contrasted with a minty green reptilian execution. grey laces keep it tonal while the alternate coral laces give even more contrast.