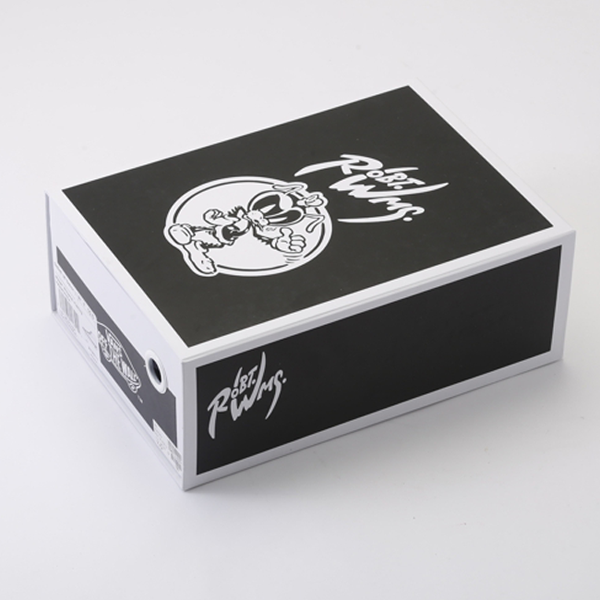 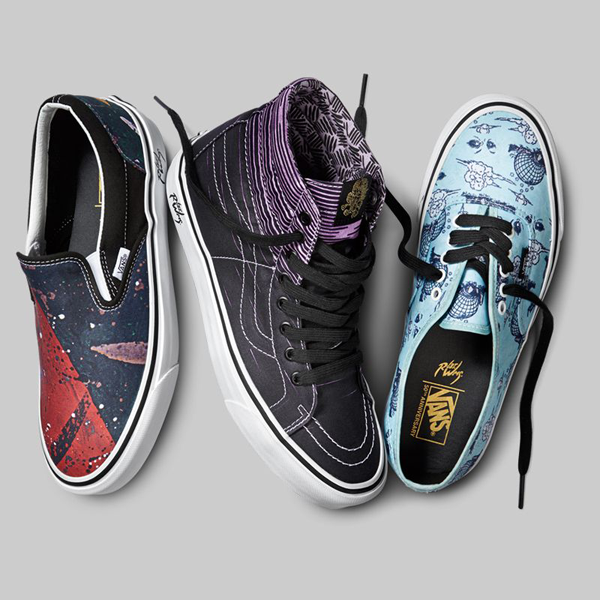 In the late 20th and early 21st centuries, a new form of realism through paint presented perspectives that challenged the definition of fine art, focusing on the figurative graphics that formal art tended to reject: comic books, hot rod culture, surfer illustrations, movie posters and trading cards, to name a few. It was Robert Williams’ groundbreaking 1979 book, The Lowbrow Art of Robert Williams, thatintroduced the term “lowbrow” into the fine arts lexicon, fostering the evolution of “outlaw culture” in the art space. The Vault by Vans x Robert Williams offering features three prominent paintings by Robert that speak to this form of fine art including “Flaming Cobras”, “Malfeasance” and “Jalapeña.” 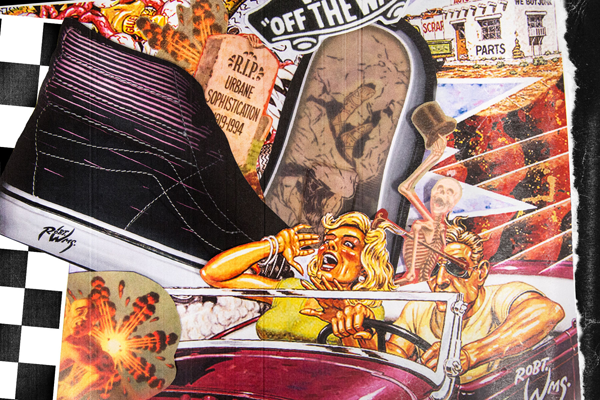 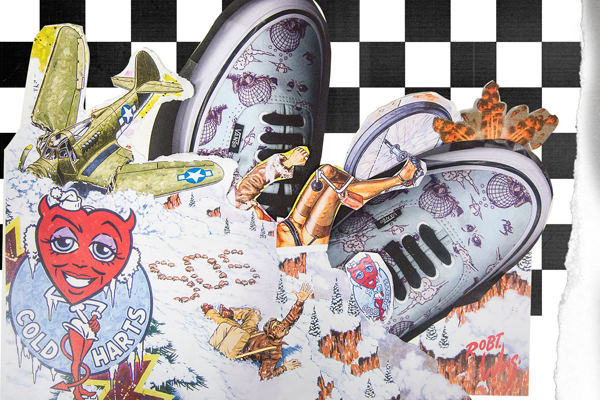 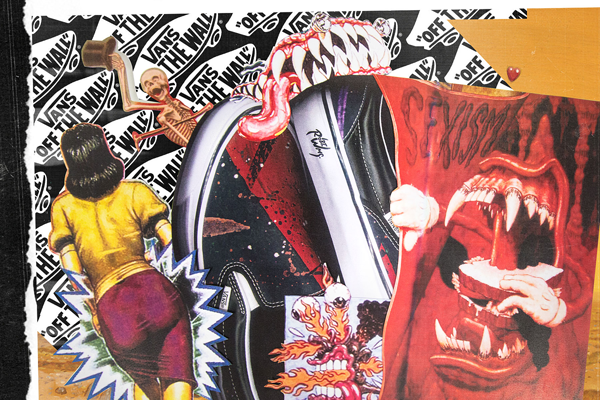 The Sk8-Hi 38 Decon LX, a deluxe version of Vans’ iconic high-top silhouette, reveals Robert’s intricate line art from the “Flaming Cobras” painting, which has been adapted to the shoe’s upper and lining. The panels of the Authentic 44 Reissue LX are covered with Robert’s “Malfeasance” and the outsole displays its central theme exposed through clear rubber. The Slip-On 98 Reissue LA “Jalapeña" features one of Robert’s iconic works from the 1980s. The bold colors and heavy textural brushwork are featured on the toe and heel, while black leather is featured on the quarter panels and sockliner top sheet. All three styles feature an illustration printed under a unique clear rubber sole for an understated simplicity.
Finally, Robert Williams’ personal signature is highlighted on the rear foxing tape accompanied by Vans “Off The Wall” heel scab and signature capsule logos on the footbeds. Each style will be packaged with printed cotton carry bags with Robert Williams uncrossed artwork inside of a custom pull-drawer shoebox. 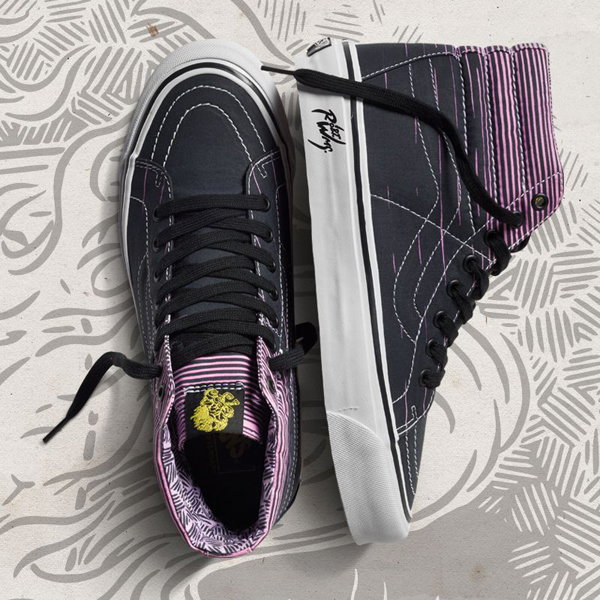 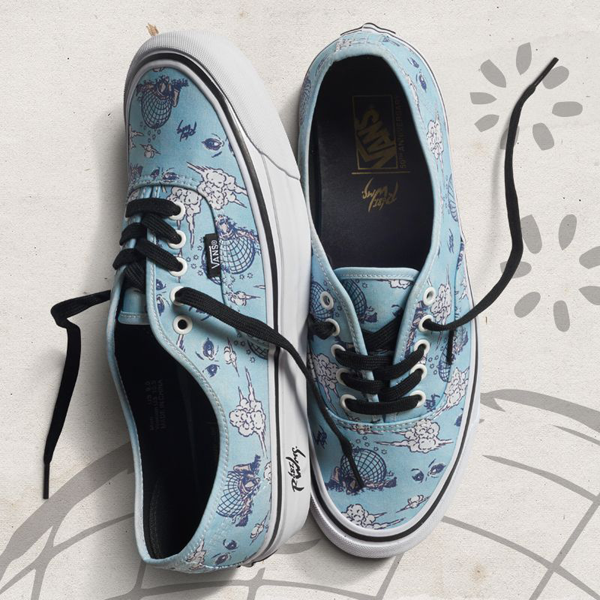 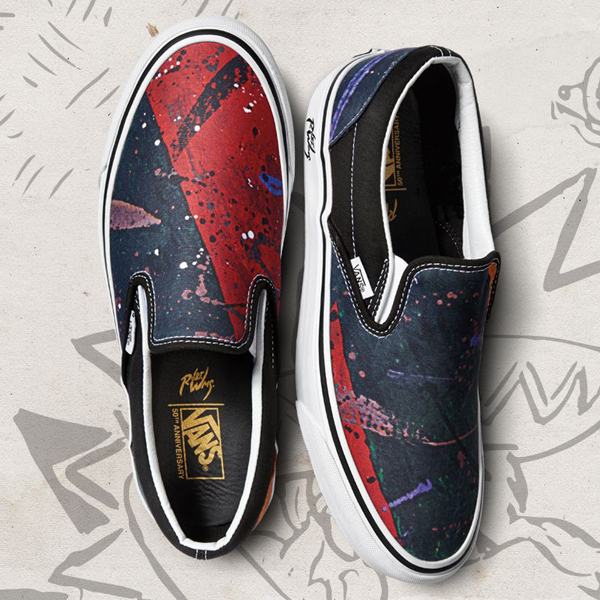 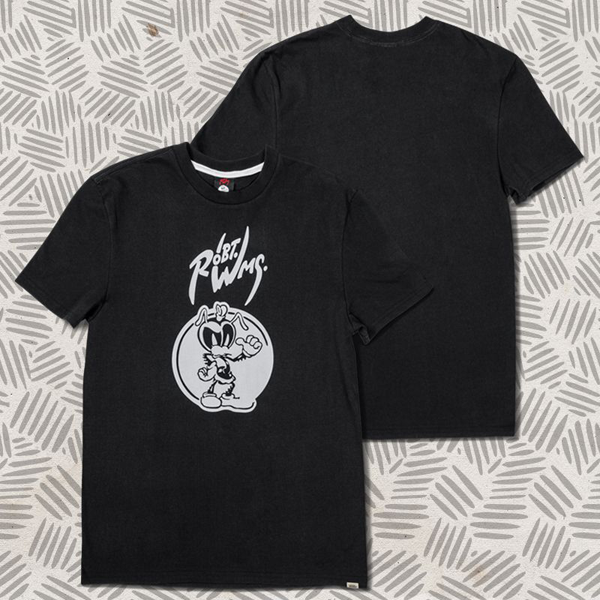 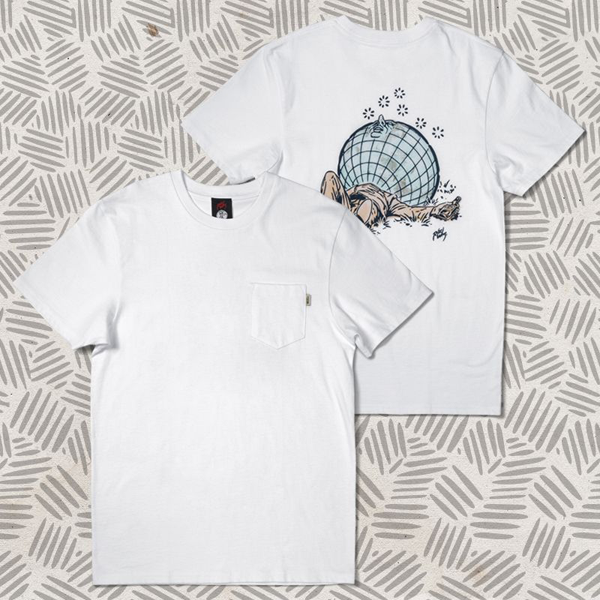