Vans’ premium label, Vault by Vans, and artist Taka Hayashi ready a three-piece line-up of deluxe product featuring Pendleton Wool materials for release this November. Renowned for his immaculate craftsmanship and high-end approach to sneaker design, Taka Hayashi continues to push the boundaries of the Vans footwear form in every project he produces. The forthcoming Vault by Vans x Taka Hayashi collaboration is unlike any other that has come before it; this time around Hayashi created his own custom Pendleton Wool blanket and applied the patterned fabric to the TH Slip-On LX and TH Sk8 Huarache LX.
The Vault by Vans x Taka Hayashi Pendleton Blanket serves as the centerpiece of the overall collection, based on the colors and imagery from one of Hayashi’s earlier paintings. The Southwestern-styled motifs and tones of the blanket create a unique visual experience on every shoe crafted – no two pairs are alike since the swatches are hand cut and stitched to the uppers. The TH Slip-On LX is one of the most luxurious re-interpretations of the Classic Slip-On profile, showcasing a moccasin-inspired aesthetic and saddle leather trim package atop an embossed midsole wrap. Another iconic Vans silhouette, the Sk8-Hi, is reimagined and refined by Hayashi to become the TH Sk8 Huarache LX. The diagonally dissected build of the TH Sk8 Huarache LX reveals a smooth, smoky suede exterior at the front end while the backside features an embellished, laser-etched heel counter and patterned quarter panels. 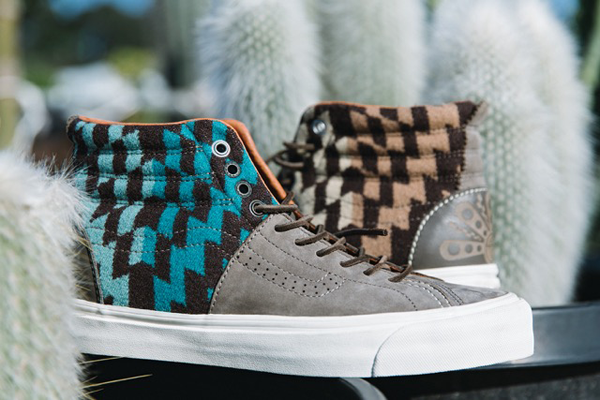 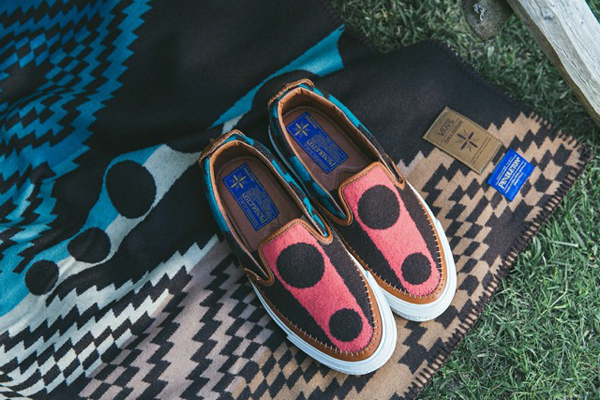 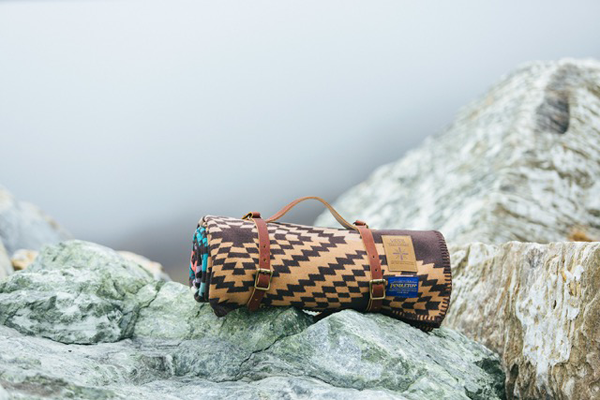