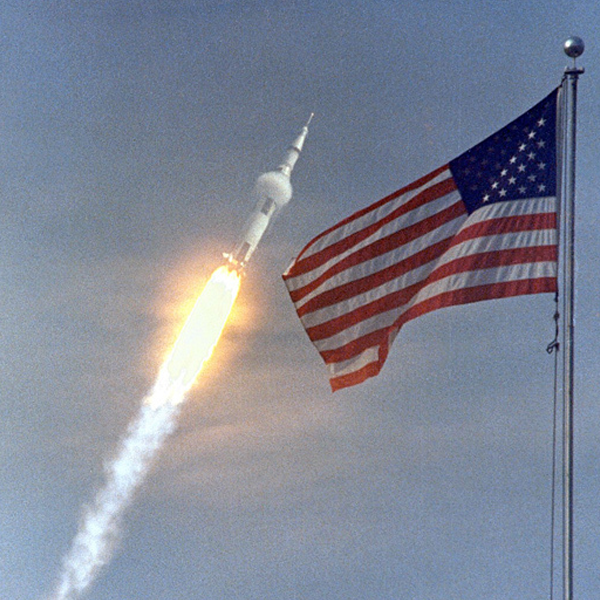 The United States Apollo 11 mission was the first manned spacecraft to land on the Moon.  On July 20, 1969, the world watched as Neil Armstrong opened the hatch of the Eagle and stepped outside onto a barren lunar landscape.  Buzz Aldrin followed him and they became the first humans to walk on the moon.  All the while, their third crewmate Michael Collins, sat in orbit around moon in the Columbia command module. 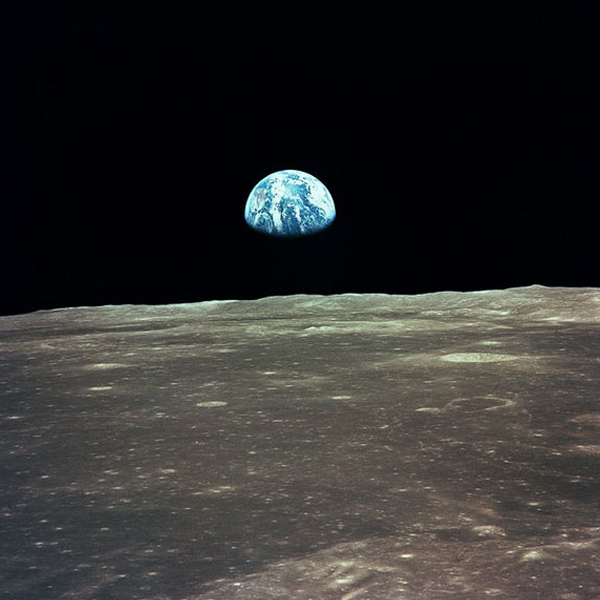 The three Apollo 11 astronauts launched toward the moon on July 16, 1969, and returned in a splashdown in the Pacific Ocean on July 24.  Only 10 more people would ever put their boots on the lunar surface, and none have returned since Apollo 17 blasted off the on December 14, 1972. 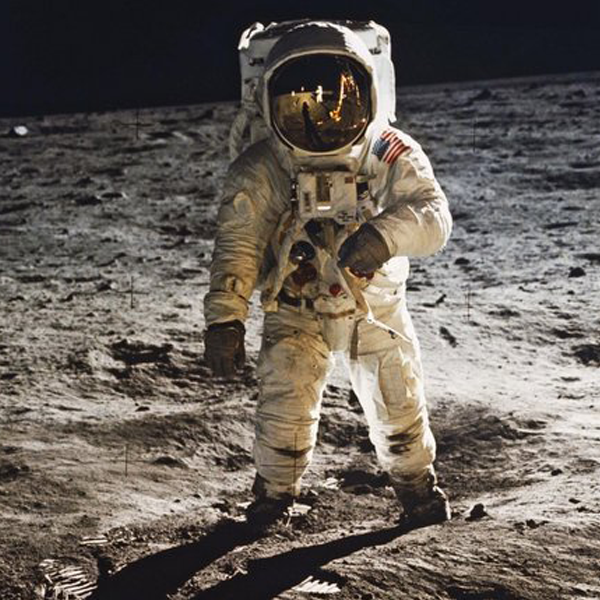 July 20, 2014 will mark the 45th anniversary of the first lunar landing and moonwalk.  In honor of this Nike will release a special edition of the Air Max Lunar 90. 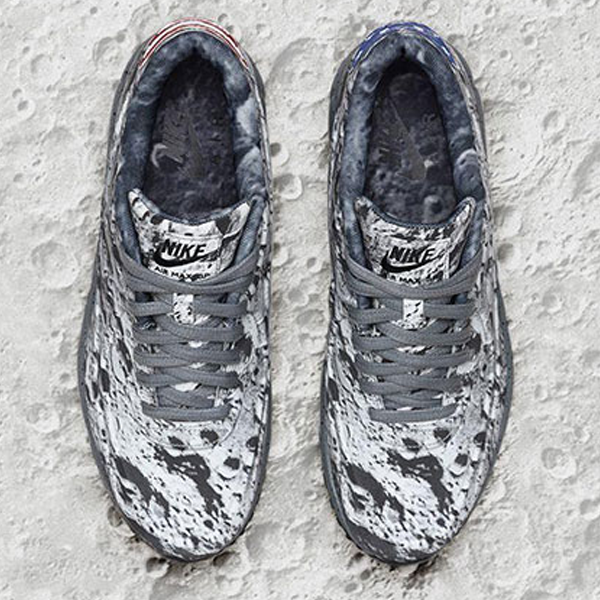 The Nike Air Max Lunar 90 commemorates the past and hints at the future by fusing a print inspired by the Apollo 11 moon landing with pioneering Nike innovations, including Lunarlon cushioning and a Vac-Tech constructed upper. 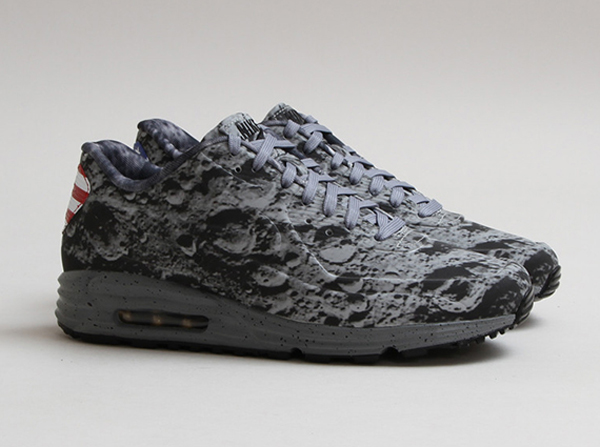 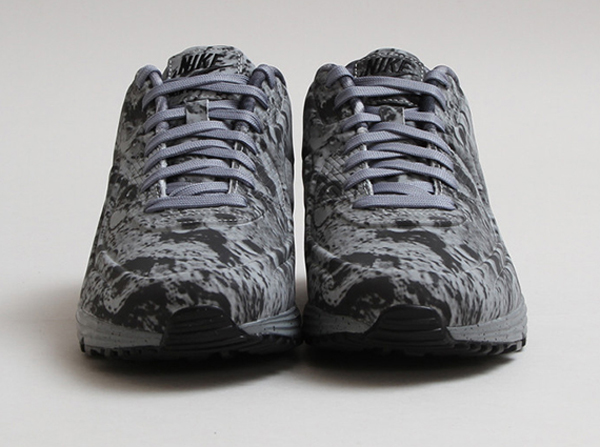 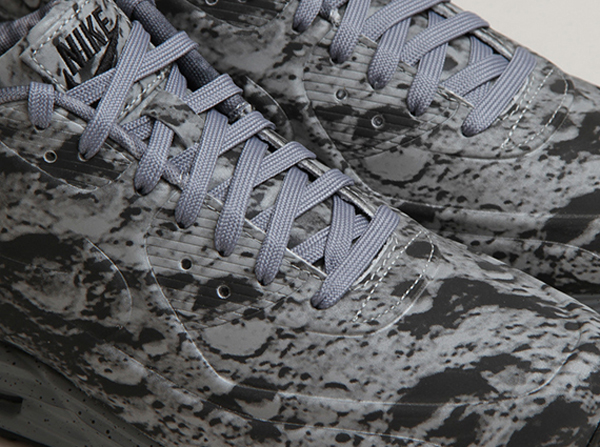 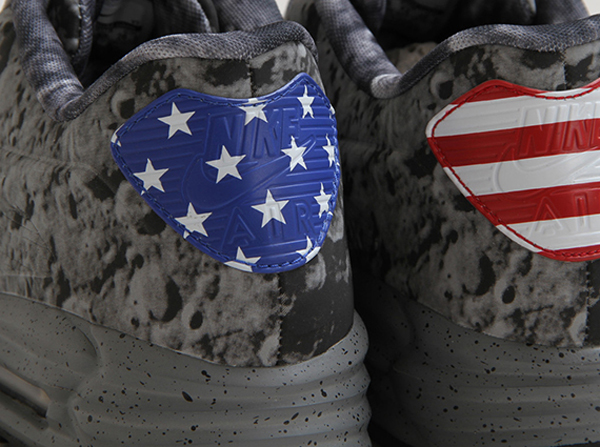 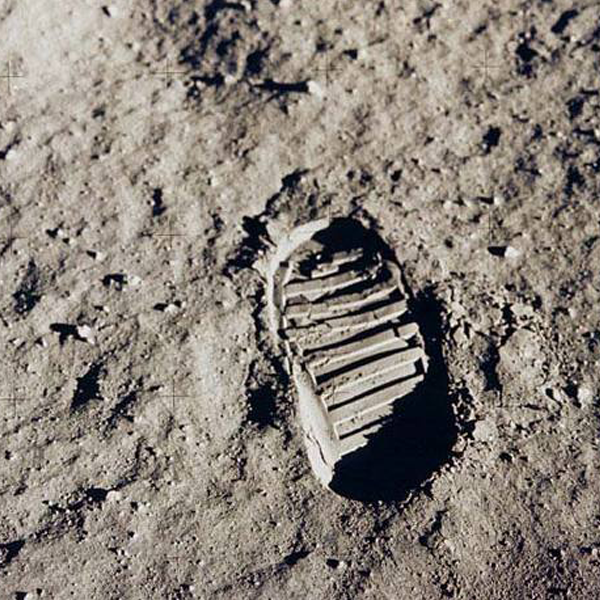