Drop Two:
ZX 500 X Shaniqwa Jarvis
Personal memories are infused into the ZX 500 designed by photographer Shaniqwa Jarvis, who as a child was a swim team member training for the Junior Olympics.  The upper is predominately swimming pool blue in a premium suede finish, partly perforated to add texture with a brown suede heel tab to reflect Jarvis' local pool, including the wall tiles and lane dividers. A set of laces accompany the sneakers with dip dye effect ends, inspired by the lane dividers in bright contrasting colors.  The vintage silhouette is given a modern twist with the neoprene tongue, while the white and blue midsole remain true to its sports heritage. Shaniqwa's autograph is tucked away on the inside of the tongue's fabric loop tag. 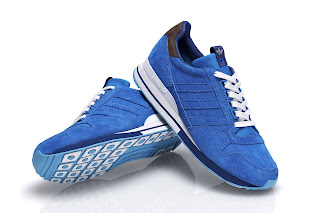 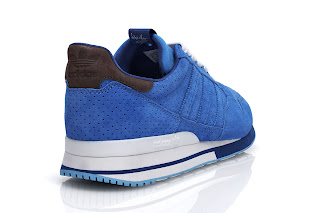 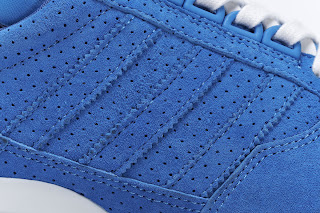 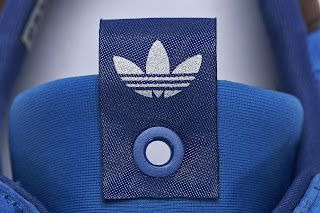 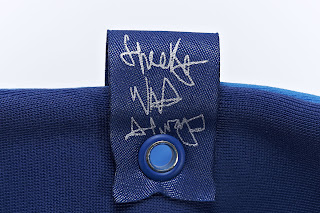 Decade Hi X Stefan Glerum
Illustrator Stefan Glerum represents Amsterdam with his rendition of the Decade Hi for Consortium SS12 and his own tongue-in-cheek approach is evident. At first glance the exterior reveals a fairly subdued sneaker with a navy and white colour-way and a pop of red around the ankle collar. The upper is a combination of nylon and soft leather giving it added texture while the three crosses on the tongue are inspired by the Amsterdam city flag.  Bringing some humour to the sneakers are Glerum's tucked away illustrations. The outsole features part of a drawing of a fuller-figured woman pole-vaulting, while the sockliner is a full version of the image capturing her in the amusing moment. 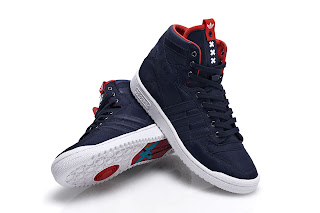 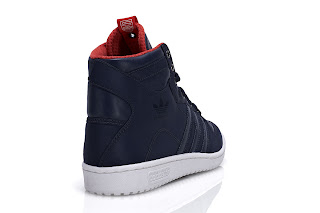 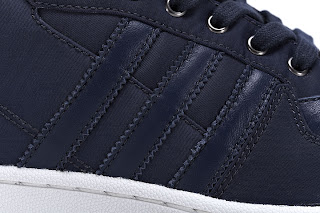 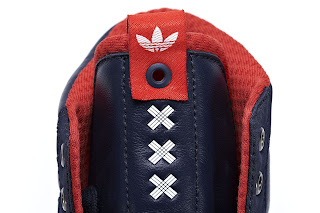 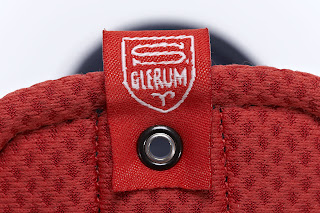 BC X adidas Originals
adidas Originals has created the tenth shoe of the collection to celebrate their 20th year of involvement with the Olympics and an understated sneaker has emerged in the form of a BC silhouette. Inspiration is taken from the original Olympia with a simple black and white colour-way and tongue construction. Additionally, this version features Olympic ring inspired lace tips.  With Consortium's select materials, the shoe feels instantly premium, but what makes this BC MMXII ultra special are the 20 sockliners that have been created marking 20 Olympic years with adidas, with images of key performance silhouettes from each year. Every pair will be assigned two random liners out of the selection. 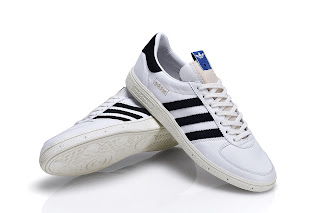 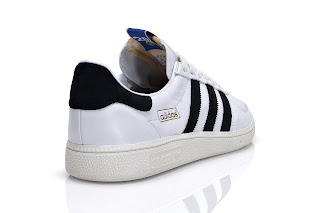 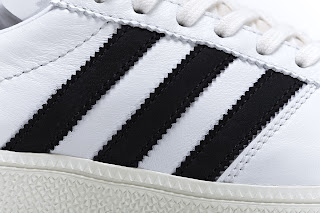 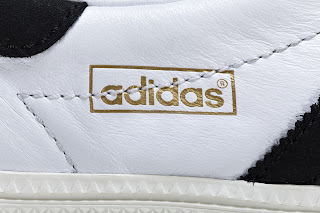 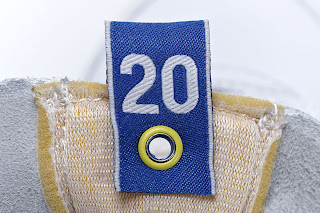 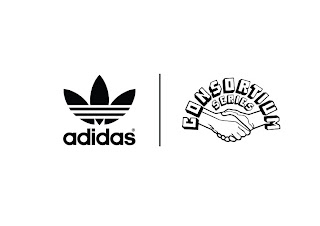 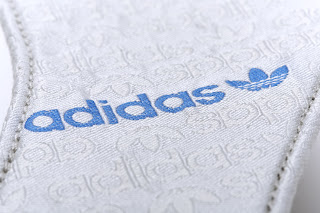 After a brief hiatus, adidas Originals' Consortium returns with an impressive revival inspired by the Latin term, "Tabula Rasa" (meaning “blank slate”), giving Consortium a new beginning and future. In reestablishing Consortium, adidas Originals strips back to basics with a palette of natural white tones finished in premium materials, creating a perfect blank canvas for the new Consortium program.

With a mind to set the clock back to zero, adidas Originals reached into its archives for classic silhouettes, namely the Pro Shell, Decade, ZX 500, Matchplay and BC, and reissued these in authentic one-to-one interpretations. Shoes and materials have been kept raw and natural, as authentic and close to their original predecessors as possible.

In addition to stripping the collection of colours to give Consortium a fresh start and clean departure from the past, adidas Originals also paid meticulous attention to artistry and quality of materials. Premium leathers are consistent across all silhouettes with generous use of super-soft suede, nubuck and pigskin.

All of the collection features the same waxed laces, metal lace tips, embossed sockliner, suede tongue and thick threading that gives the entire range a superior handcrafted feel. Leather has been intentionally left unfinished and the interiors are unlined to expose the impeccable construction of the uppers. The tongue houses a fabric loop tag secured by an eyelet, adding a touch of subtle detailing that will be featured in all future Consortium offerings.

From the shedding of colors to the raw, unfinished leather, adidas Originals translated the idea of "Tabula Rasa" into FW11 Consortium, letting the assured and unadorned collection serve as a canvas for new things to come.

MATCHPLAY
A classic tennis shoe and occasionally known as the Arthur Ashe signature model, the Matchplay’s aesthetic has always been about understated elegance.

For Consortium FW11, the Matchplay is pared down further; the minimalist silhouette features full premium nubuck upper in a natural white tone, as well as a pimple outsole.
BC
The BC is a lesser-known shoe from the adidas archives, its name deriving from the most important handball tournament held between 1968 and 1989: the Baltic Cup. Built for the courts, the original was released in the early ‘70s but it was during the ‘80s that the model really took off.
Reissued for the first time in this season’s Consortium, the BC’s upper is predominately made of pigskin, while the serrated 3-stripes and heel tab feature soft supple leather. More serrated patterning is featured around the entire midsole, while mini Trefoil motifs cover the outsole, reflecting the classic BC archive.

ZX 500
Arguably one of the most advanced running shoes at its time of release, the ZX 500 has been a much-loved style from the get go. Since its release in the early ‘80s, a tremendously wide range of colourways have been created.

Stripping it right back to the original construction and shape, Consortium FW11 has given the shoe a neat and classic upgrade. The sneaker is made with a blend of materials, including pigskin suede, super soft leather and nylon mesh, resulting in a very subtle range of textures and tones. The Ghillie lacing system also gives it a special twist, a quintessential characteristic of this smart runner’s shoe.