This fall adidas relaunches its iconic silhouette, the Stan Smith, following a production hiatus of the classic style. As part of the return of the shoe, adidas celebrates the Stan Smith with a limited edition release in its Consortium range.
The adidas Consortium collection is a premier tier of adidas footwear that introduces both high-end executions and 1-to-1 executions of retro styles. For the Stan Smith pack, Consortium designers kept true to the original fairway green and white colorway of the shoe but modified the materials of the shoe in four different luxury leathers.
The pack of four sneakers offers consumers versions of the Stan Smith that feature subtle cracked leather; textured ostrich; understated pebble phoenix leather; and an eye-catching reptilian upper. Each of the four pairs in the pack is sold separately, and each shoe features the same sleek shape, perforated 3-Stripes, soft leather green heel tab, and the ‘Endorsed by Stan Smith’ printed logo on the tongue. The Consortium logo is debossed on the right shoe’s heel tab, while the trefoil and Stan Smith callout sits on the left shoe.
The Stan Smith was adidas’ first court shoe to feature a leather upper, and was adopted by and eventually named for the now legendary American tennis player. Known as the ‘Gentleman of the Courts,’ Stan Smith wore the style in the 1970s to great success, including Grand Slam title wins at Wimbledon and the US Open. Over the years, the shoe’s influence extended beyond the court, becoming a staple both on the street and amongst the fashion crowd. The Stan Smith is an icon for designers, collectors and connoisseurs, and is revered for its simple, clean lines. 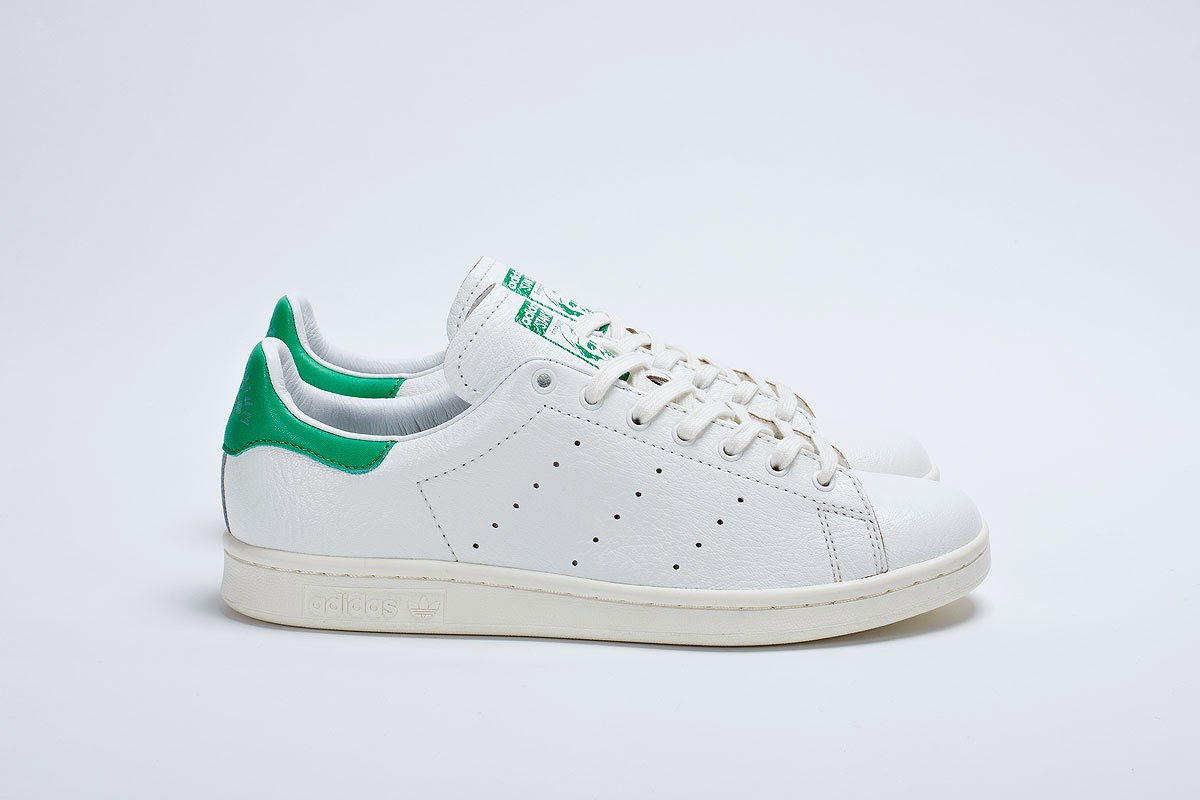 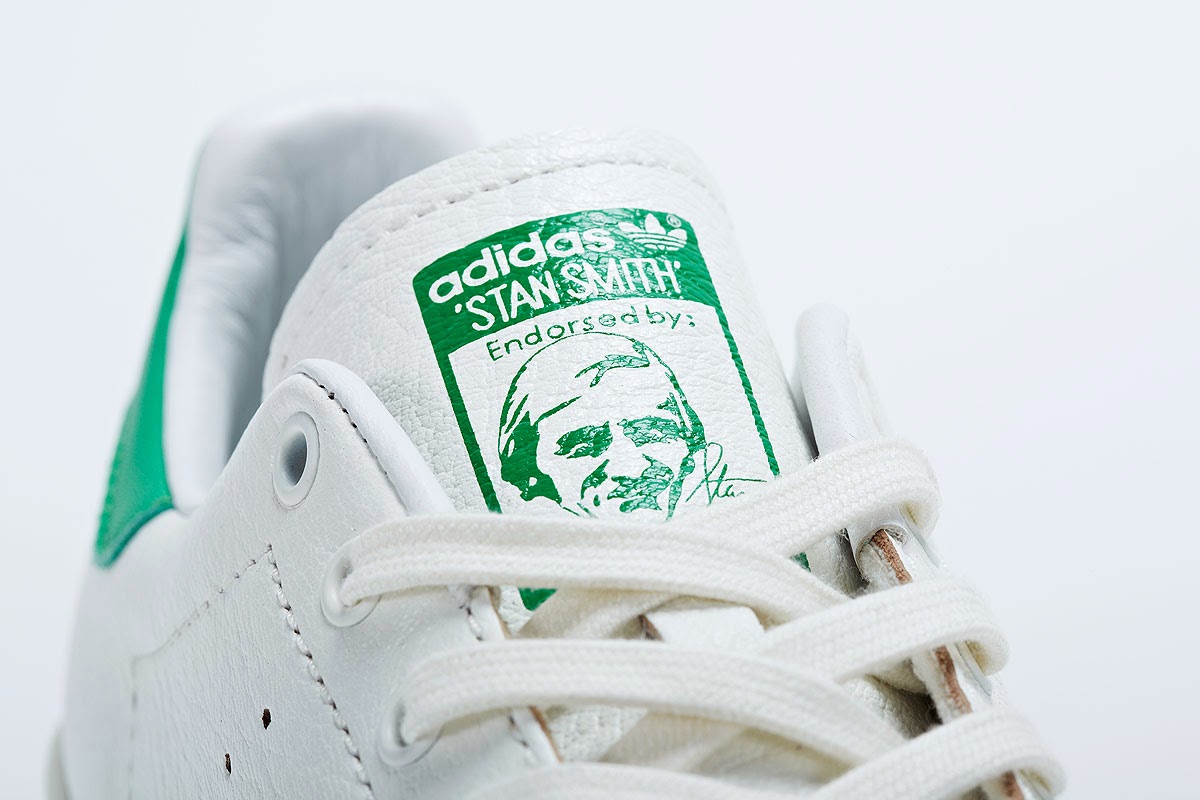 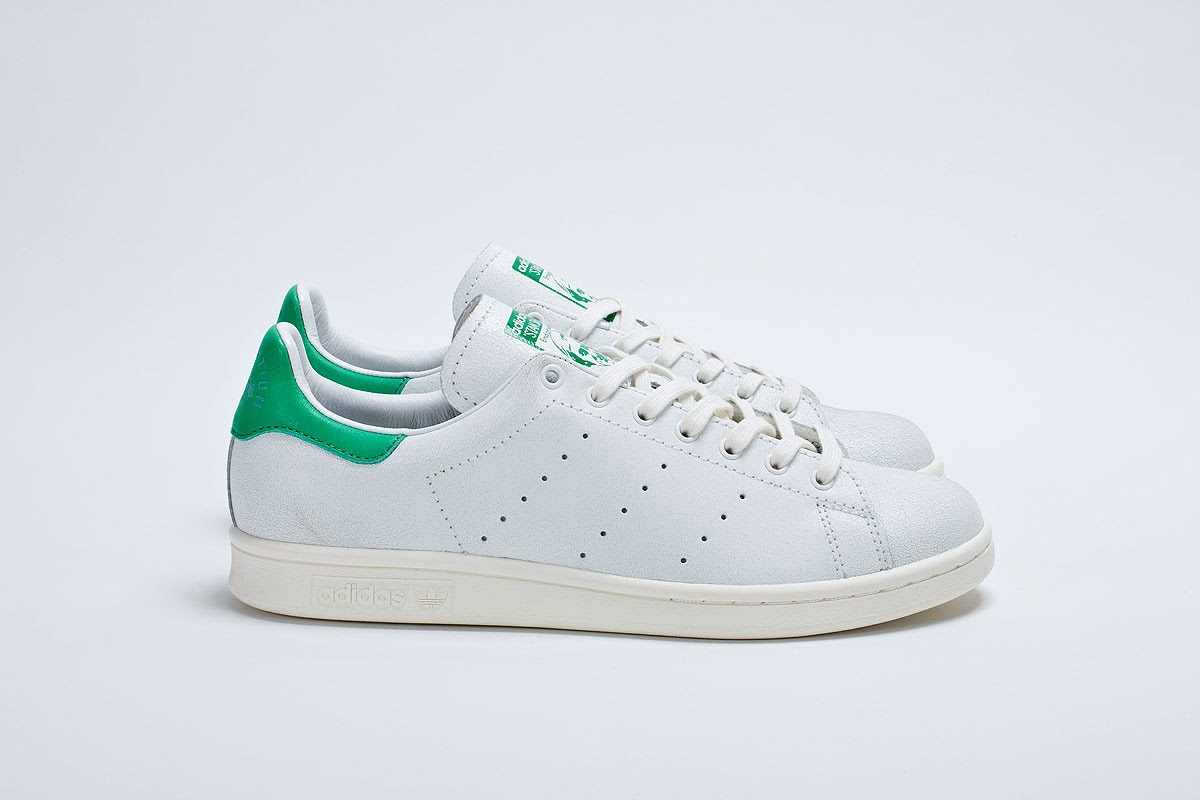 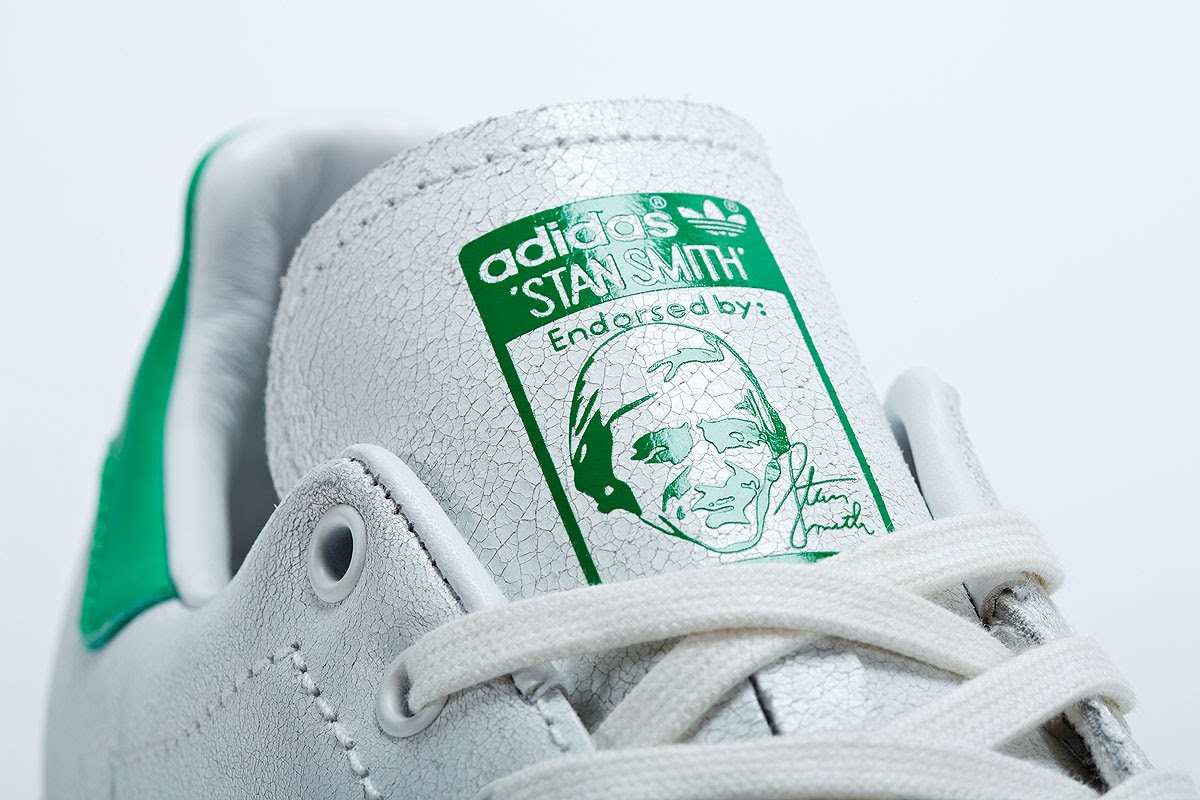 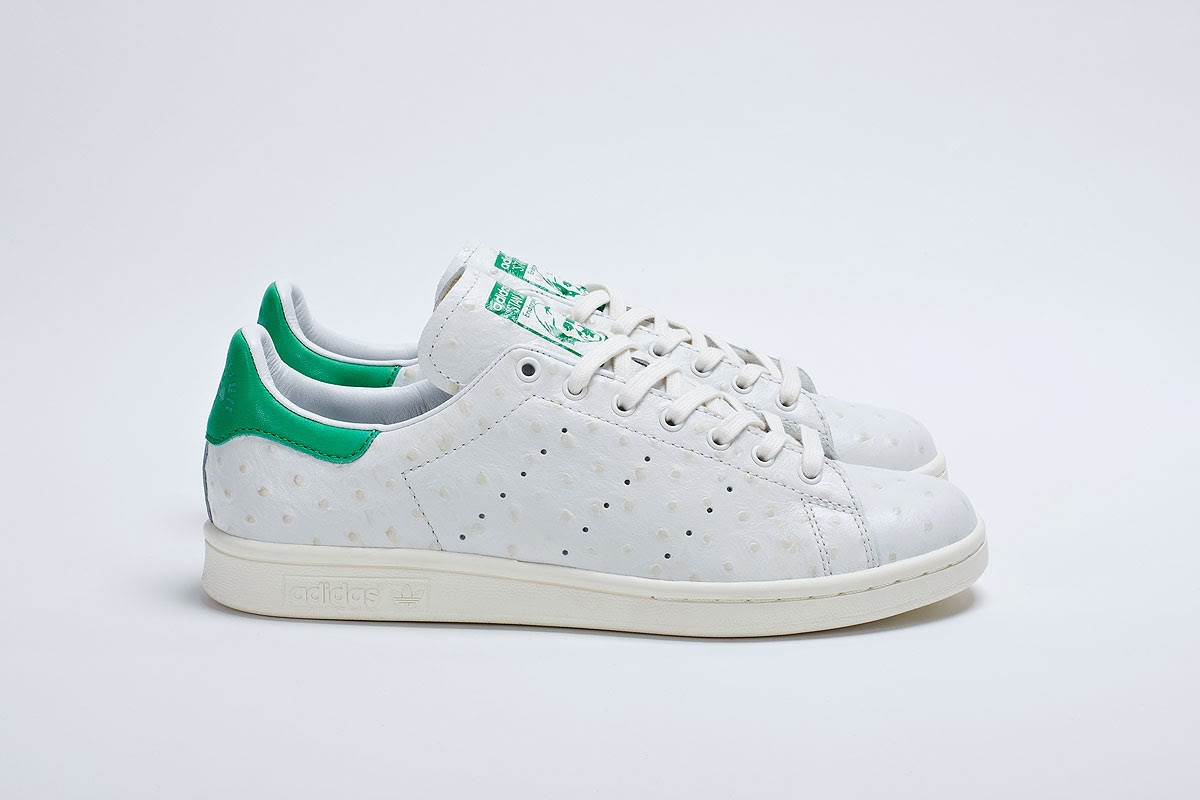 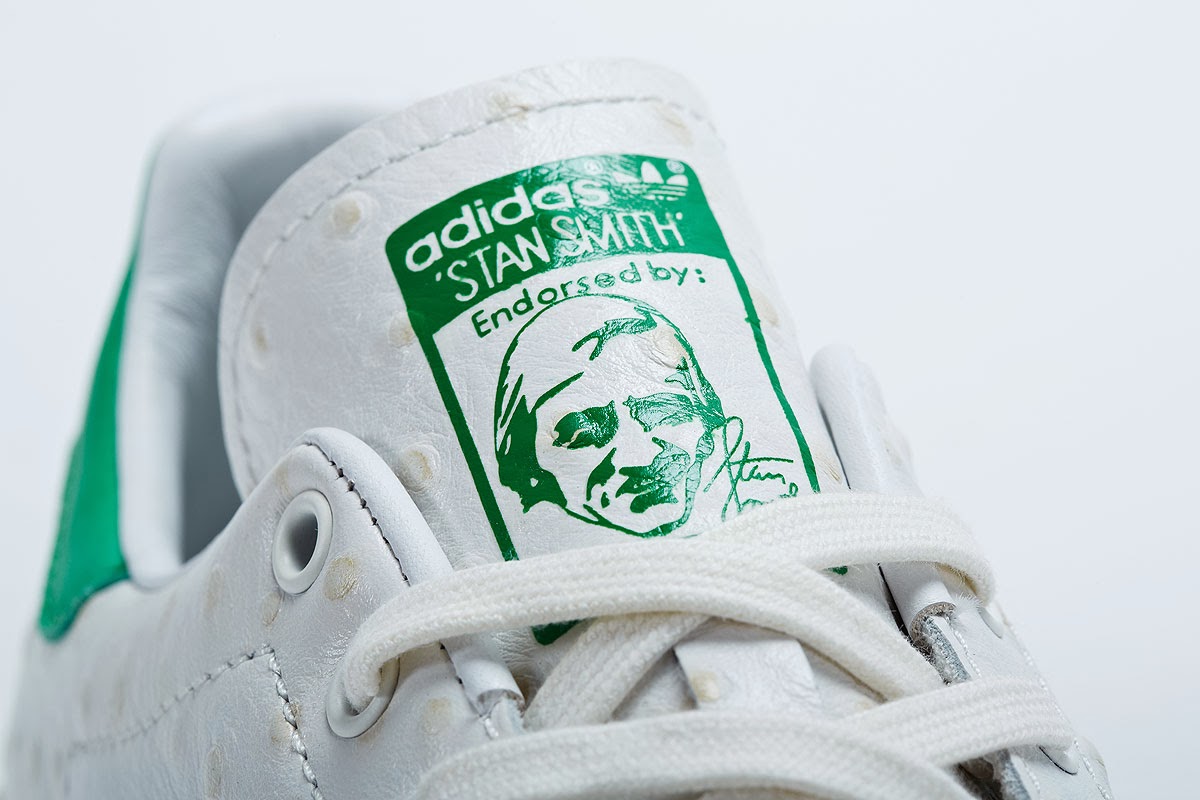 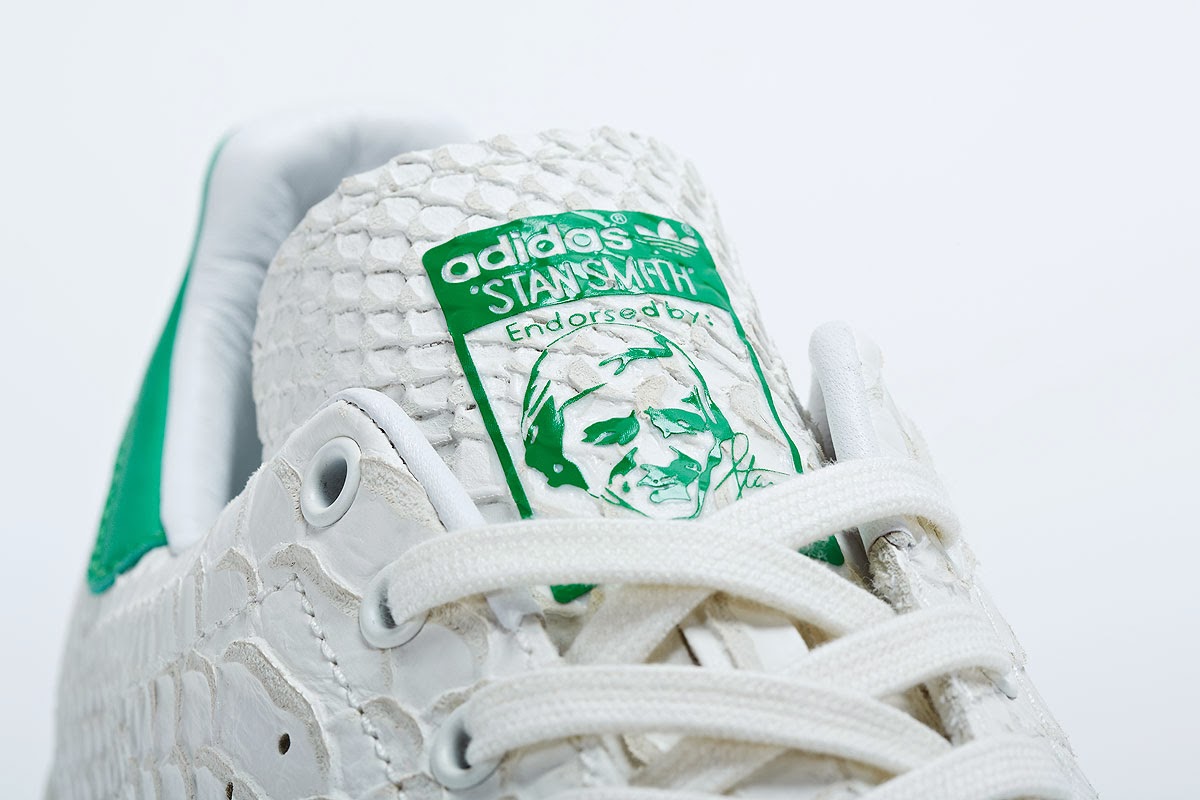